I updated to the latest patch, but now I’m not able to join a party, a lobby, or a ranked game. It says the host is not running the same version, even the host updated as well and others are able to join his room.

They are all on Steam, while I’m on Windows Store. I also have the West expansion, but they do too. 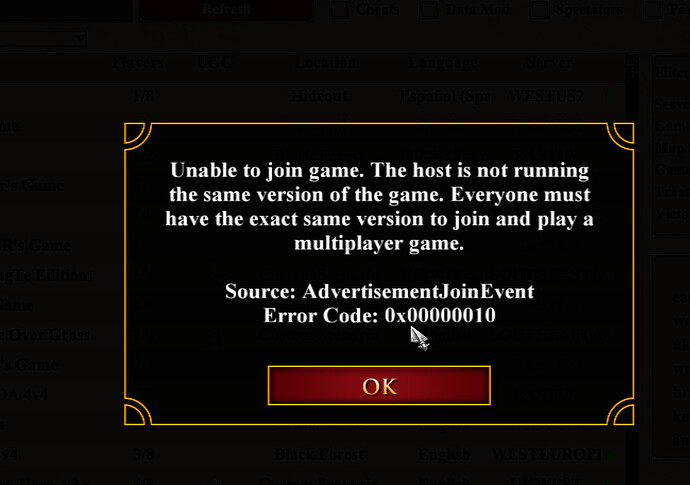 How often does the issue occur?

I expect to be able to join. 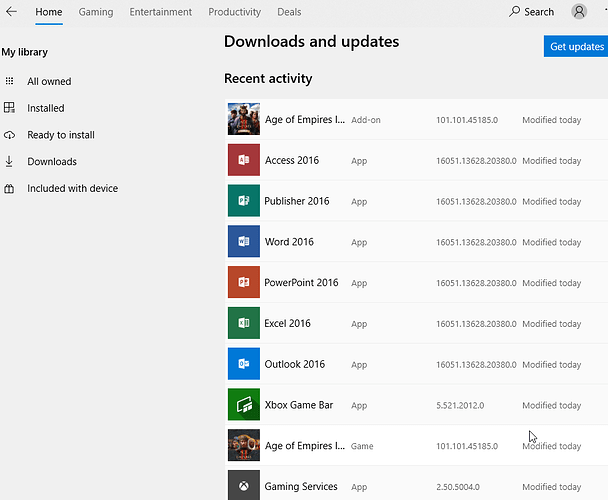 Based on Burgundians Hand Canoneer and Bombard Cannon +125 attack damage - #13 by ADragon8602 , there’s a hotfix that’s available for Steam, but not for Microsoft Store yet. Until that’s released, crossplay isn’t possible.

not on Windows Store… There is the newest version just 45185…

Same probleme on windows store. When the uptade will be ready ?

They just released a new version for Microsoft Store, which should fix this issue.

The latest release fixes the issue.