I know that historically the armies were composed mostly, if not totally, by men. But I was pleased to find about the gbeto and her story. What other female unit can you think for a particular civilization, or as a general unit?

I can only think on something for mesoamerican civs, like the Amazon’s of the editor, or for Sioux like civs. Or maybe it could be a priestess skin for the monk for some civs. Maybe someone with more history knowledge can provide some suggestions.

Sioux are in aoe3…

A shield-maiden was a female warrior from Scandinavian folklore and mythology. Historians disagree about whether they existed or not. 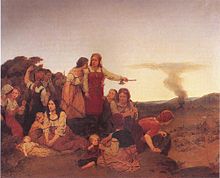 This is a list of women who engaged in war, found throughout mythology and folklore, studied in fields such as literature, sociology, psychology, anthropology, film studies, cultural studies, and women's studies. A mythological figure does not always mean a fictional one, but rather, someone of whom stories have been told that have entered the cultural heritage of a people. Some women warriors are documented in the written record and as such form part of history (e.g. the Ancient Briton queen Bou...

historians argue about their existence… so there is a chance of their existence, i learned shield maidens were trained to protect their home when men left for raiding

Maybe you could add a few new hero units, even though I can’t think of one right now.
I guess there could be some cases where armys threw their women into combat as a desperate last attempt to swing the battle, kinda like the Volkssturm in the third reich, but in general it makes little sense to send women to the frontlines as men are way stronger, someone has to keep the house in order and you need the women to refill your ranks after a war. If one man and 10 women survive thats potentially 10 new citizens after 9 month, 10 men and one woman surviving is only one potential new citizen after 9 month.

trained to protect their home 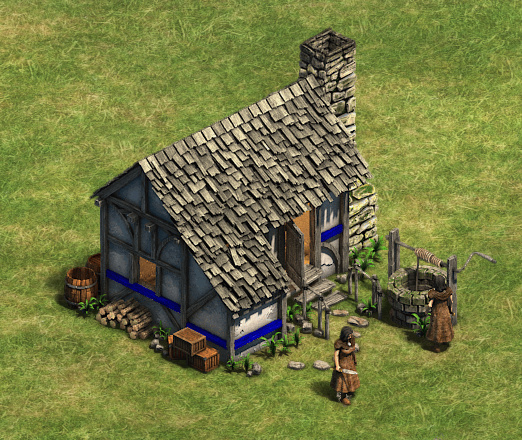 i think she can fill this role. a scenario editor unit.

There are now actual grave finds of Women burried together with their weapons. From excavations on the Island of Birka in Sweden. How common they were is unknown but they existed in RL. So let the Vikings have Shield Maidens. A female worrior with shield and sword or shield and spear. Would be fantastic!

More fantasy, only wives of the Samurai were instructed in weapon usage, and only for defense, because they could be targets of vengeance. Even then most were defenseless when faced with actual opponents.

A shield-maiden was a female warrior from Scandinavian folklore and mythology . Historians disagree about whether they existed or not.

So aztec arbalests, with steel weapons and armour, along with onagers, a navy and frekken TREBUCHETS are OK but some guy asks for a shield maiden and he’s wrong

So aztec arbalests, with steel weapons and armour, along with onagers, a navy and frekken TREBUCHETS are OK

Shield Maidens belong entirely to the realm of Fantasy, along with Elves, Klingons, and other pop-culture references.

Aztecs have those units for balance reasons, but Shield Maidens are wholly mythological.

If they get into the game, then I want Dark Elf Har’Ganeth Executioners too.

If you want a female warrior that actually existed (though not really medieval) then you have the Gbeto.

u never know… u werent there right?

would be great as a tech… if researched every house will have two female soldier who will attack nearby unit, can not be killed until the house is destroyed

No, but we have historians and archaelogists. We have Science to tell us these things, and until concrete evidence of the contrary, it will remain Fantasy.

Shield Maidens get in, then I want my Dark Elves and His Shadow (Lexx).

@IndraAllian2 @phoenix1089
why are you even fighting?

Maybe someone with more history knowledge can provide some suggestions

why is their mention of “history” in original post?

Specially when there are a lot more Historical units that are missing from the Editor as it is.

Basically, making every house a tower of range 1 and weak melee damage