Abandoned Enemy Buildings Can Be Taken Over at Multiplayer

I found a significant bug that require adjusting ASAP.
When someone give up or defeated on multiplayer, their buildings turn white and remained as non hostile third party.
However, you can store unit within the white building and when you do, the building turn to your civilization.
By meaning turning to your civilization, you can create villager which originating to the civ that has abandoned.
For example, if Mongol take over abandoned French town center, Mongol now can produce French villager at the town center which can create regular resource gathering buildings(e.g. mill, lumber) and stable which can produce and study French unique unit and tech (You can train royal knights as Mongol).

This bug is not limited to town center, you can take over abandoned castle, church or any building can store unit.
This bug is causing multiple bugs such as game error and crushing the game.

I like that you can take over the keeps, It’s exactly what happened in medieval times they didn’t destroy enemy keeps they captured them. It also happens so rarely i think it should be kept as a feature.

oh noes it is a glitch init, il post a pic in a bit.

There was another topic about it a while ago. I personally like the fact that you become able to merge civs together, and it adds an interesting dynamic, but I think that they should remove it, but then have it as a setting for custom lobbies. 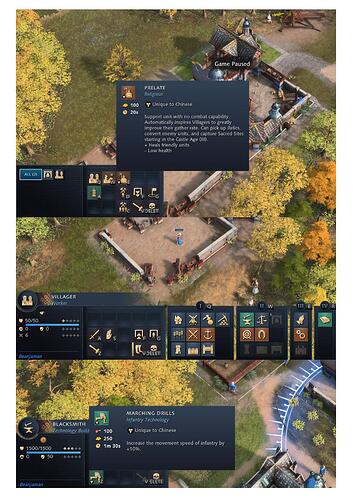 I like the idea of it but sure enough its a glitch.

but as has been said its rare.