Am I the only one who is seriously annoyed by the bayonet look of the european musketeer ? Only the musketeer (unupgraded age 2 unit skin) have the proper bayonet (socket bayonet).

I already mention it years ago, but no one give a damn…

I just mentioned, many units have been repeated, its really made so much unnecessary chaos. We should have new “Revolution Units”, “Treasure Guardian” and “Outlaw” branches in the introduction to prevent mistake and repeated like AOE2 since DE launched! Let me say again: If you have SIMILAR NEW ONE, just REMOVE OLD ONE! Also since minor civ became playable, the developers use NEW minor to replace it. I don’t understand, WHY NOT follow the example with Revolution option to prevent mistake a…

Meanwhile, the Indian fishing boat still has tires hanging by its sides. 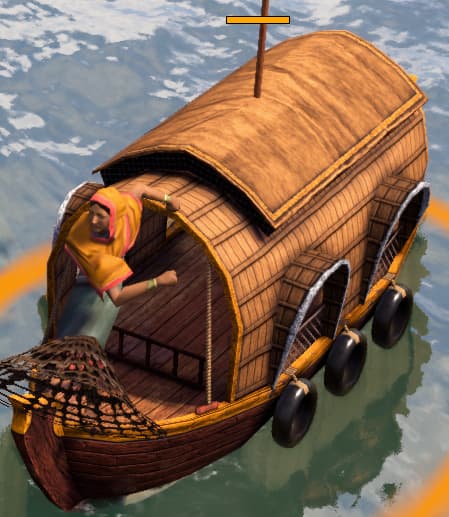 WTF. Any historian that can justify that?

This may be a hot take but even tho the serrated bayonets are goofy looking I do like that they are more visible - sometimes the old socket bayonet that the age2 musks use are difficult to see on the gun, this isn’t a problem for experienced players but for newcomers it might be hard to tell when a unit is a musketeer type imo.

Age of empires 3 spans well into the 19th century. The tech available in the 1800s is pretty advanced, rubber included.

Also there’s electricity, telegraph, light bulbs. Age3 isn’t that far back into the past.

I would like that age3 musk skin would have passed from third age to fourth age and bring back the Age 3 skin that was removed.

But tires are mainly for cars, right? at least early XX century. Which is the use of that tires in a boat?

To cushion impacts and prevent scraping against a dock. They clearly had a modern picture with car tires as the reference for their design and didn’t realize they shouldn’t be in the model.

Also to act as life vests.

Cars were around in the 19th century. The game doesn’t capture the industrial age techs very well. Most civs still have wooden ships, which were obsolete by 1850.

Cars were around in the 19th century.

The car with tires is practically from the 20th century.

John Dunlop and Charles Goodyear: The Inventors of Tires.
A Brief History of the Automobile Tire | The Tire Terminal Inc. 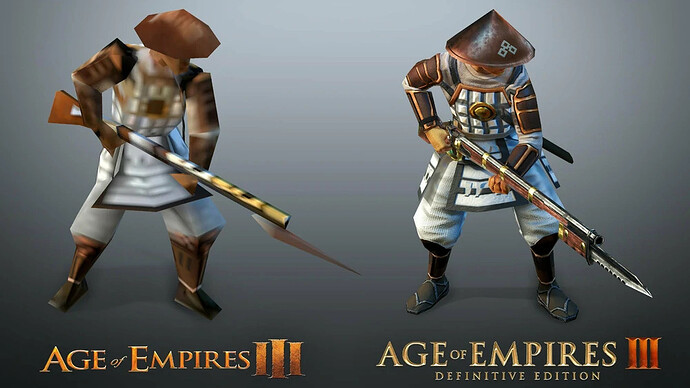 Ashigaru should not have bayonets at all…

I don’t remember the skin, because I don’t use Japanese and I don’t see them 21
But if I remember that melee uses a naginata, the image is for reference, it’s the only one I found of an AoE3 unit with a bayonet in such detail. Yes DE changed the melee weapon to a spear. That makes much more sense.

I was gonna puke when I saw this back in 2020 before release, these pictures REALLY reduced my expectation for this game!!!

I thought they wouldn’t make same mistake, but I was wrong.
They made Irish soldier have modern bayonet AGAIN… 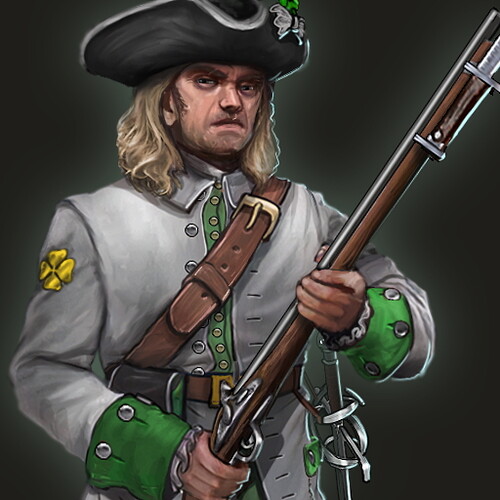