Accurate Representation of the Roman Legionary

First and foremost, thank you for bringing back one of my favorite games and the strategy game that started it all for me. I absolutely the approach you have taken with the remastered edition, it is quite simply breathtaking.

Having said that, I’ve always had one issue with the original Rise of Rome expansion and that was to do with the roman legionary representation. It was simply represented as the generic long swordsman unit with stat tweaks. The Legionary should have a very distinctive look with the iconic roman tower shield (scutum) instead of the generic round shield. The tower shield played a significant role in roman legionary tactics, the testudo formations or scutum charges were very common and effective and defined the era of the roman infantry dominance on the battlefield.

The forgotten expansion pack has done a great job modifying the generic Long Swordsman by incorporating the roman tower shield and making it accurate. 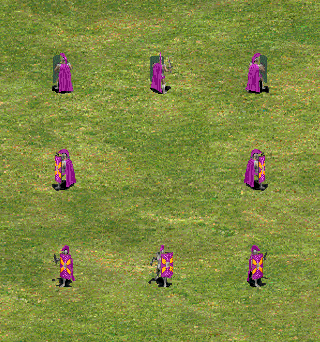 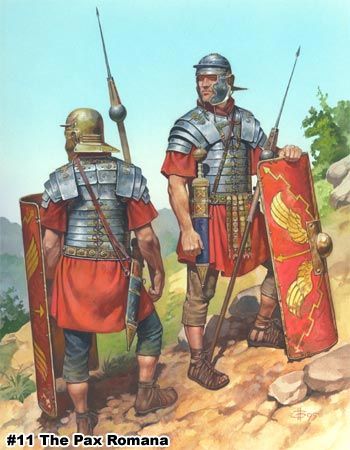 I am sure there is more important work ahead but this one really sticks out to me like an eye sore.

Dude, if it were to transcribe the legionary historically it would not be anything like the picture you took as an example. This red garment is only the result of an image created by Hollywood, the legionaries took so long to wear this red color.

(If we had historically analyzed the ink to make colorful robes, especially red, it was a rare thing to be used and that only a select portion of society really could have access nor in the middle ages, then no! There was not a huge Roman red army in no historical moment).

In relation to the shields, the reason for the conversation, is that this format of classic Roman shield came after a series of disinvolvements and absorption of diverse cultures, because in its beginning the Roman shields were rounded (the links below show a little of how they were The shields) IMAGE 1 : https://upload.wikimedia.org/wikipedia/commons/0/05/MC_-_Schildbuckel.jpg

One more thing to show how rome was a true blood suck of cultures (not that this is bad, quite the contrary, it was very important for the whole modern social formation in the western part of the globe, thank you Rome): https://en.wikipedia.org/wiki/Clipeus

The units in AoE1 are not meant to represent the real units of any specific civilization. I would say that the Choson legions look much less historically accurate.

Also, the phalanx already has a tower shield. The legion having a round shield instead makes it more distinctive.

I think it would be cool to see some customisation amongst the units, and empire specific units also!

@commanderMTW said:
I think it would be cool to see some customisation amongst the units, and empire specific units also!

They are lazy, they don’t will do this with this release.

@commanderMTW said:
I think it would be cool to see some customisation amongst the units, and empire specific units also!

In AOEO it was possible to customize your army … R.I.P!

This is a remaster built on the old engine. I doubt you can easily fit in all these options. It’s probably a tester for if it’s viable for a new AoE or to see what people want ;p

Just hope that the Windows platform will allow modding to happen. If it does it wont take long for a community graphics pack to tweak things like that.

They already said that sticking to the old game is the priority so it means no custom (or fixed?) models for roman legionary.