Adam Isgreen Will talk about AOE4 (and franchise) on xboxera podcast

A summary would be cool.

Yes, a summary of interview would be very appreaciated

They change the status of video from “unpublic” to “private” when i was watching, so i cant continue. Anyone know why they did it? or where i can watch?

Thank you for doing all the effort to transfer our questions to the podcast @jimmy19846071 . And thanks to Adam who answered several of them.

I just wished someone had made the question about the siege engine crews or about the UI.

The siege engine crews is something that AoE3 already did in the past, so it looks like a step backwards to not have them anymore and something that many people mentioned since 2019’s first trailer.

Similarly with the UI, its design differs greatly from what AoE has been doing and not in a good way.

Hopefully there’ll be more such interviews in the future and we’ll have the chance again to make some questions.

Probably I forgot some things, that’s all I remembered from the interview. Did some other things on the side

Thank you, I’m at work and couldn’t listen in so I appreciate the summary.
The general outlook seems quite positive.

So… is he aware that the fans want a new Age of Mythology game?

We should ask him about Age of Mythology. Seems like he doesn’t know this game exists

It was a pleasure. All of us are AOE fans

Thanks to @jimmy19846071 for giving us a nudge on this, and I hope folks here are pleased we managed to get to some (if not all) of the questions at least.

One note - if you’re new to XboxEra, please do consider giving us a sub on YouTube if you enjoyed the podcast etc! It really helps us out. <3

This is important information for the community. Thanks

Thanks a lot mate for support. We have had many interesting answers.

PS: i’m not new on Xboxera. I’m the same Jimmy1984 and the same user “jimmy1984” on resetera (over 1000 messages on that community) but i’ve been banned for Two weeks. Such a strange Place resetera, lol. Too many toxic PS fanboys. This Is the Life.

I’ve already shared your video on reddit and Discord: this could help Xboxera

Thanks for sharing the podcast, Jimmy.

And sorry to the community for stealing your thunder somewhat with my question at 1:18:00. As a Patreon I could’ve asked other questions so I should’ve reached out to this community before the podcast went live.

I’m sure we’ll have more opportunities to ask Adam, as he’s becoming somewhat of a regular on the show at this point!

Hey man, Say hello to the Xbox resetera thread for me. One week again to coming back home. (Damn BAN!!) 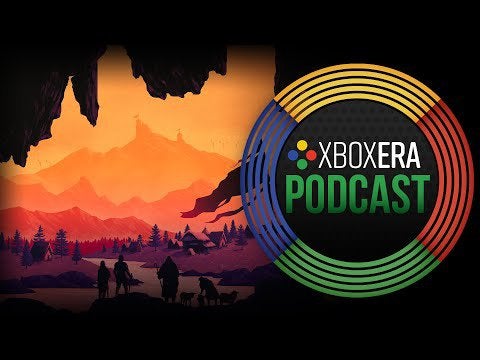 About Adam, he seems a very good guy.

Hehe, well guess I’ll see you in a week on RE again.

That’s a solid interview. You all should listen to it if you can.

Most likely 2, there hasn’t been much time since Lords of the West to make a big DLC

“* Scenes from fan preview don’t show the current state of developement, they improved arrows and other things since then. They keep improving the graphics until release.”

Do you guys believe that? Will you show the best gameplay trailer to the world knowing about animation/ arrowa issue ? Of course not… They know they have been doing a game based on incorrect feedback, now they realized that…