Would the dev team please consider adding the Age of Empires II: Definitive Edition logo to the loading splash screen when the game is first started? While the new splash screen art is amazing, the absence of a title for the game being launched feels to me like an oversight since all other Age games have the game logo proudly displayed on the splash screen. 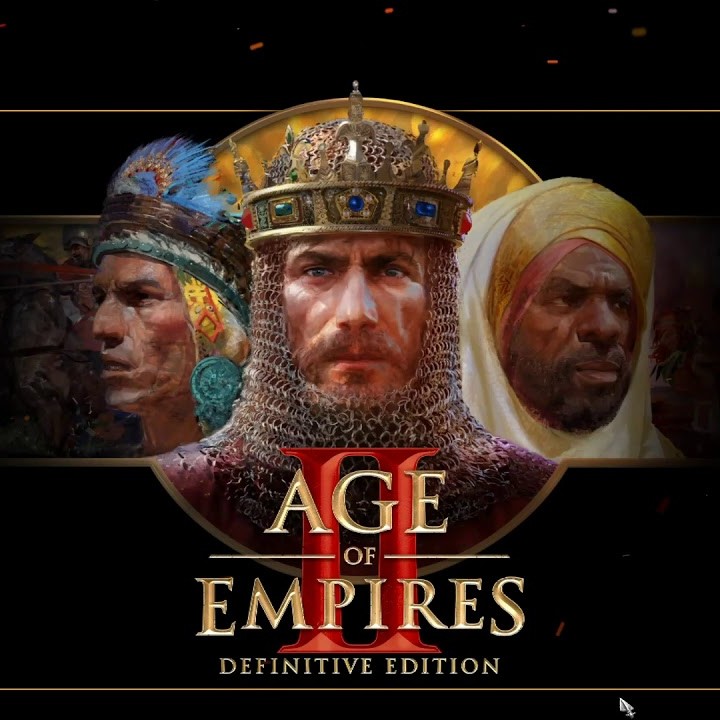 And speaking of the logo, both on that splash screen (if implemented) and in-game, it’s been bothering me a long time that the logo text looks like the reverse (open-poly) side of 3D models. As such, instead of the letters looking like 3D objects pointing out at us, they look like we’re peering into the concave side of the letters, and so the letters are poking out away from us into the screen. There’s also very noticeable anti-aliasing issues, with jaggies along the edges of the text, which has also been bothersome to look at. Can these things be looked at/fixed, by any chance, too?

I’ve created this quick mockup here from scratch to help show a way to fix the issue, imo. To my eye, this beveling pops out more toward me, the viewer – which I like – rather than inward, away from me, into the screen as the version in the game does. 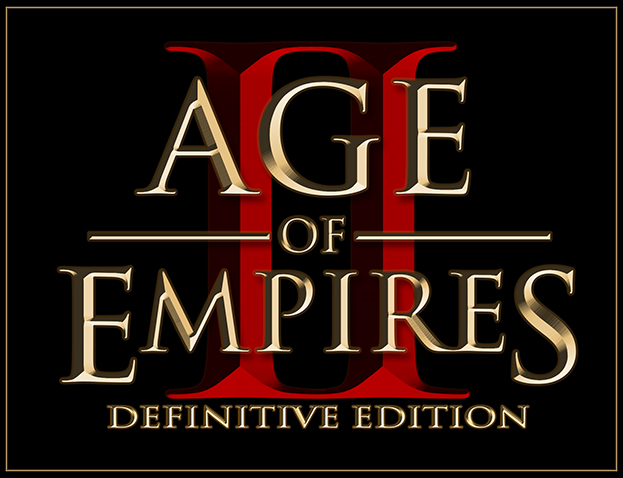 Mine also doesn’t have bad anti-alias jaggies; even if made smaller… 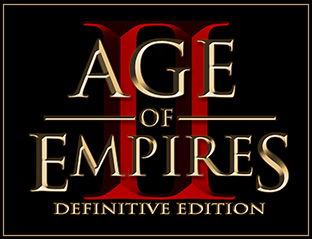 And for comparison, here’s how it looks in-game… a direct screenshot. There’s a chance it won’t be 100% size here in the forum and it might compress the image. If so, I just encourage you to view it in-game, everywhere and any time you see it. So many anti-aliasing jaggies exist, and the way the highlights, shadows, and bright perimeter outline are, you can see (hopefully) that it creates the issue I described above, imo… 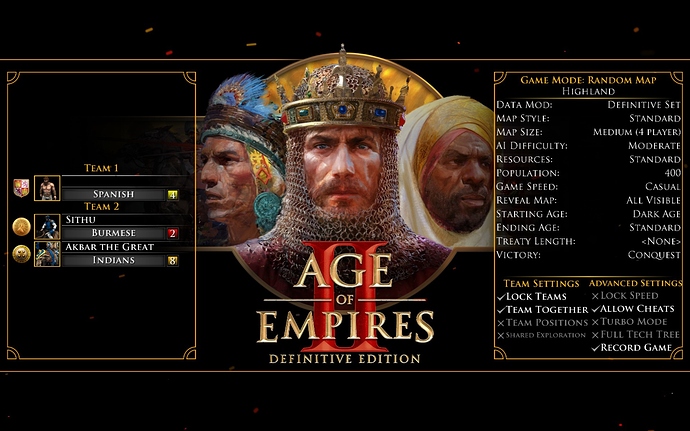 Note: To any onlooker or casual observer, my versions of the logo are just fan art versions, in a sense. They definitely aren’t official and I don’t work for or with Microsoft or the AoE devs.

Personally it feels tiresome to see same loading screen background every time. I am also against displaying game logo on loading screen. We all already know, that this game is “Age of Empires II Definitive Edition”. There is no need to display this with big letters every time when someone starts or loads the game.

I would prefer if DE loading screen would be like in many other games - display different backgrounds of interesting ingame situations/concept art, etc instead of displaying same art every time. Would be much more varied/refreshing, than current solution.

I don’t have access to 3D modeling software I know and love at the moment, so had to make this crude model example to try and help show the issue I see with all current Definitive Edition logs.

Because of the bright hairline perimeter of each letter in the logo, and not affected by any light or shadow, it brings prominence to the perimeters and sets the rest of the lettering into the depth of the screen, rather than outward to us. This results in a bit of an inverted 3D appearance, as if we’re looking at the backside of the 3D models, like this…

Here’s what we see in-game, and everywhere else: 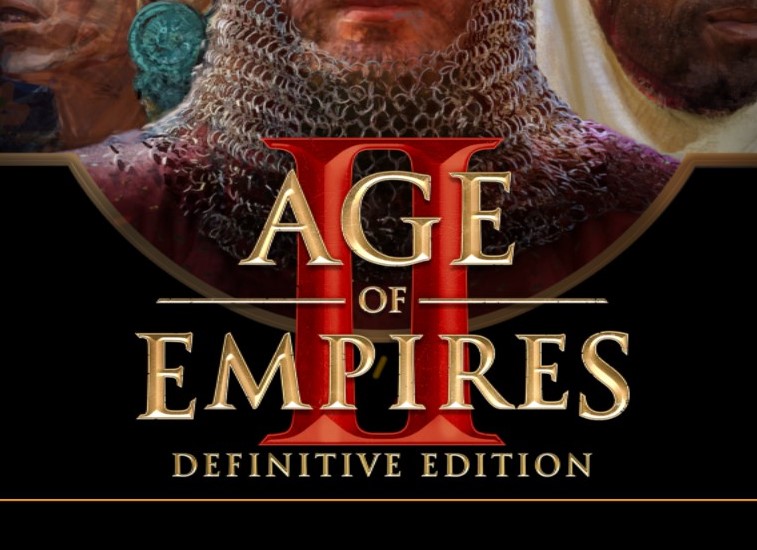 Someday, I might model my example better. But this is really a bummer to see every time I launch the DE games… along with the anti-aliasing (low resolution) quality issue.

Yes please, it will be awesome!