I’m not sure if anyone has suggested this before or asked a similar question, but I’ve had a look at this list of Heroes in AoE II: 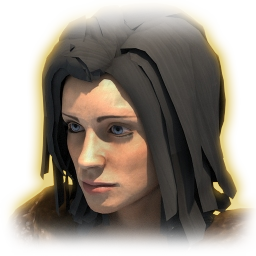 Heroes are special units in Age of Empires II. Unavailable in regular games, heroes typically refer to historical figures. As such, they are often featured in campaign scenarios. There, they are often must-survive units, i.e. their death means...

and there are quite a few historical characters which don’t appear in any Campaign or Historical Battle:

Cuauhtemoc, Saladian & Frederick Barbarossa all have their specific campaigns (Cuauhtemoc in Montezuma) but don’t appear ingame, as well as Henry the Lion who even has dialogue in the missions that he appears in the Barbarossa campaign.

I’ve only seen one suggestion for Asian Campaigns, one of which includes the hero Su Dingfang, but there are plenty of others from the remaining heroes.

Slavs and Lithuanians are missing their own unique campaigns, so maybe having a Battle of Grunwald would be a great addition!

If anyone else has any other ideas for battles featuring these Heroes, or how to add relevant ones to the existing campaigns, please post here!

Ivan III has no English version, only Mandarin Chinese.

Vytautas the Great has the english version,Ivan III english version maybe publish sooner or later,I will urge the author to translate it.I hope it would not take too long.

There was an awesome grunwald scenario made for the original game.which has a lot of heroes renamed to represent others.

If all the heroes had unique skins can make better looking scenarios.

I wonder if it’s possible to convert that Grunwald campaign from AoK to DE?

It will still work in DE? BTW, what about adding Lithuanians & Slavs to that campaign?

Yes, it works in DE. Maybe some scenario designer replaces civilizations with proper ones

Where in DE’s directory do I copy the files from the Tannenberg .ZIP ?

Place it in “C:\Users\{username}\Games\Age of Empires 2 DE\{userId}\resources\_common\campaign”.
Launch it from Campaigns -> Custom Campaigns -> Tannenberg 1410 AD

BTW, I have the Steam version.
I’ve copied the .cpx file to Steam/steamapps/common/AoE2DE/resources/_common/campaign/ & it’s not being picked up when I click on Custom Campaigns.

I also have Steam version. Why didn’t you place campaign file in “C:\Users\{username}\Games\Age of Empires 2 DE\{userId}\resources\_common\campaign” folder, like I said? Replace “{username}” and “{userId}” as appropriate for you.

I put it in the right directory and got it to work! Now the hard part will be changing all the units & swapping the Byzantine forces with Slavs & Lithuanians! I’m really afraid of swapping units as it might upset all the triggers for the scenario.

Id suggest not to change the units as it will surely mess the game.just change the civis and enjoy the scenario.

Is there anyway to replace the already existing units? To have them in the same position & have everything aligned in the same way but just changing the unit type?

are you talking about strictly campaigns? there are mods out there for heroes

There is an effect on the mod maker (AGE3) which “upgrades” a unit. I haven’t tested it, but I think it does what you want. The effect is used eg to upgrade Knights into cavalier.

But I also have to change the civilzation units as well - to have Boyars & Leitis units for example, instead of Cataphracts. There are a couple of Hero units which now have their own skins: Vytautas the Great & Zawisza the Black.

Can you provide a link for this? I’ve searched in the Mods Directory without success. I’m looking for mods that add the Barbarossa, Saladin & Cuautehmoc units to those campaigns: 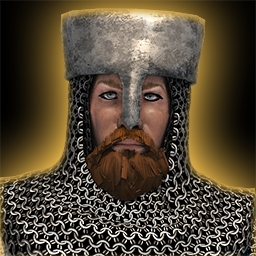 Frederick Barbarossa is an infantry hero in Age of Empires II HD: The Forgotten. As he was only introduced in The Forgotten, he never appears in his campaign, Barbarossa. He is depicted as a Teutonic Knight with better stats and is only available in... 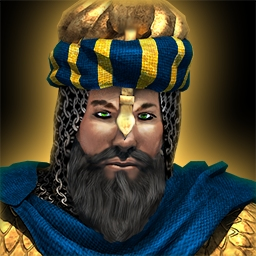 Saladin is a campaign in Age of Empires II: The Age of Kings. The campaign is based on the exploits of An-Nasir Salah ad-Din Yusuf ibn Ayyub, called Saladin by Europeans (1137 – March 4, 1193), who founded the Ayyubid dynasty of Egypt and Syria and... 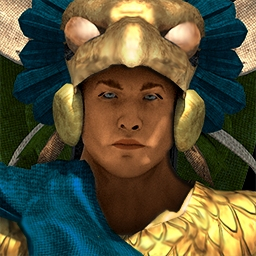 Cuauhtemoc (c. 1497 - 1525) was the last independent emperor of the Aztecs, appointed shortly before the Spanish siege of Tenochtitlan in 1521. In Age of Empires II: The Conquerors, Cuauhtemoc is the narrator - and arguably real protagonist - of the...