Adding two new (and last civs) in the game?

I want to pose a question to you all: would it be feasible to add civs Armenians and Georgians into Age of Empires 2 ?

I ask this because first, I think that Age II can do with ONE MORE DLC adding two more civs and calling them the last ones, to bring closure to the already *long list of civilizations representing the medieval world while simultaneously bring attention and representation to the Caucus region into a game that barely touches on the fantastic history of the region.

First, before you all answer my question, some background information of the Georgians and Armenians: 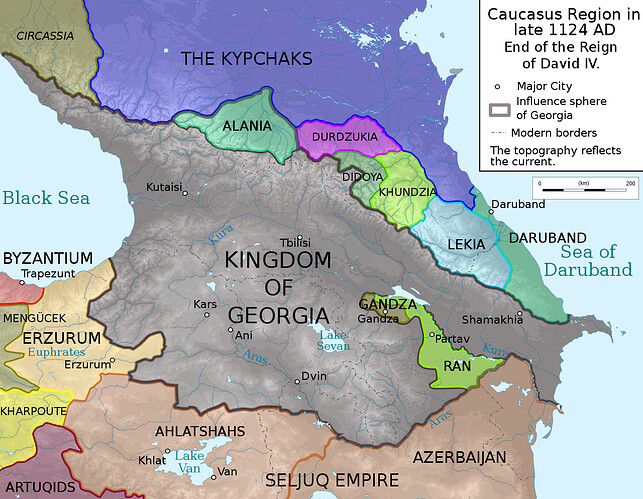 The Georgians (also known as the ** Kartvelians people, likely to even be the name chosen for them if they are added into Age II) Georgians - Wikipedia were a people who have been the primary inhabitants of the Caucus region since classical antiquity. The Caucus has been the main gateway into Europe from Asia since prehistoric times. It is even suggested (though not proven) that the origin of the Indo-Europeans, the ancestors of all Europeans and much of Western Asia and South Asia (Indian subcontinent) today descent from, comes from the Caucus. Furthermore, the Georgians were quite the tiny powerhouse in the medieval ages, fighting and dealing with the Arabs (Saracens), the Byzantines, the Persians, the Turks, and the Mongols/Tartars, all civs that already are present in Age II, thereby making the Georgians have a good excuse for their own campaign, possibly centered around the Georgian King, David IV the Builder and him leading the so-called “Georgian Reconquista”. ( History of Georgia (country) - Wikipedia

Georgians would be like an infantry-cavalry civ, with a farm eco bonus and gold eco bonus (the oldest gold mine in the history of mankind is found in the Georgian Caucus, and the Georgians were the first to cultivate and produce wine) 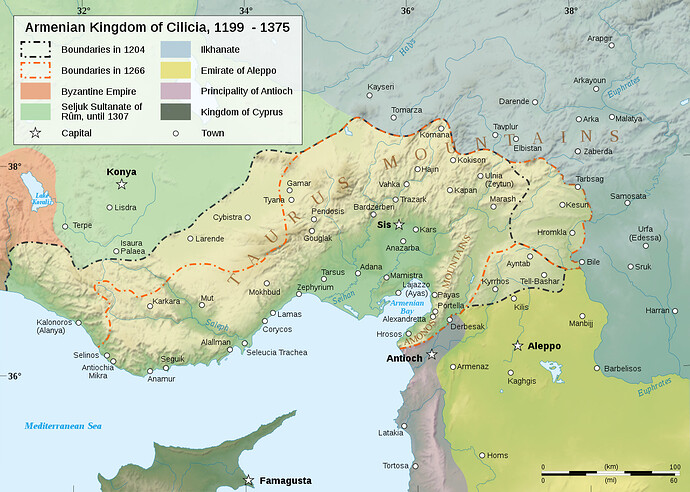 The Armenians on the other hand Armenia - Wikipedia have possible a weaker cause to be added into this videogame simply because of two reasons: (1) Armenia hardly existed during the medieval ages and (2) the Byzantine Empire largely ruled over Armenia with many Byzantine troops, generals and even emperors claiming Armenian descendance. So why add another civ when an old civ (Byzantines) already pretty much represents them?

Well, for one thing, the Armenians did retain their own language and customs, even while under the influence of Hellenization. And one could also make the argument that the Byzantines civ is more “Greek” in representation.
Furthermore, the Armenians managed to create a short-lived kingdom called the Kingdom of Cilicia, which actually flourished and allied with the Crusader States that were formed up following the First Crusade. Methinks an Armenian Campaign can be based on this Armenian Kingdom of Cilicia. History of Armenia - Wikipedia

Overall, these two civs can bring into the game a new building architecture type to representing the building style of the Christian kingdoms in Anatolia. Based on my research, it would be pretty much like Byzantine architecture style, given that the Georgians and the Armenians both were influenced by Greco-Roman culture (on a side topic, I personally think that the Byzantines civ should not share the Mediterranean architecture style shared with Italians, Portuguese, Sicilians and Spanish on the grounds that that style is more “Western Mediterranean” and therefore does not quite reflect Byzantine building styles. Just take a Mediterranean Castle and compare it to the Byzantines’ Wonder, the Hagia Sophia and you will see the harsh contrast of white to brown!)

What do you all think? Share your thoughts below.

No. I don’t really care about Georgians and Armenians that much. We might as well go up to the 48 civ limit before stopping. I don’t care if Georgians and/or Armenians get added, but we need more Asian, African, etc civs. My argument isn’t with the civs you are suggesting, it’s the fact that you think we should only get 2 more civs, and they aren’t even civs that seem as interesting or culturally diverse as some of the ones that could be added. I hadn’t even heard of either of these civs before joining the forums, so I think that South Asian, Indian, and African civs should take much higher precedence. That’s my take on it.

If there is only 2 more civis which is unlikely India should get them.Underused building set and more diverse tech tree than european civis.

Yes, India and then some more African civs. Lot’s of stuff that could be done with those kinds of civs.

Agreed with the others.
If we only get 2 more civs India or Africa is far more desirable

I have studied a few African/Asian/American civ suggestions that other Age players have suggested as potential new civs, and sadly, I have found many of them not quite fitting for Age II, either lacking enough substantial history, not being of the right era-time period, being too primitive or being already covered by other civs.

Muguls could be added as a 2nd Indian civ, I suppose…but they came very late in the medieval period. Possibly one could “split” the civ of “Indians” into two separate Indian civs, but why do that when one civ adequately represents that region? Not to say that it cannot be done, but there would have to be BIG justification to do that. It is possible to create a “south Indian civ” and a “north Indian civ” like the Harsha Empire and the Chalukya Kingdom. But how to differentiate both Indian civs from each other? Are both of them going to be granted Elephants? Are both UUs going to be elephants? 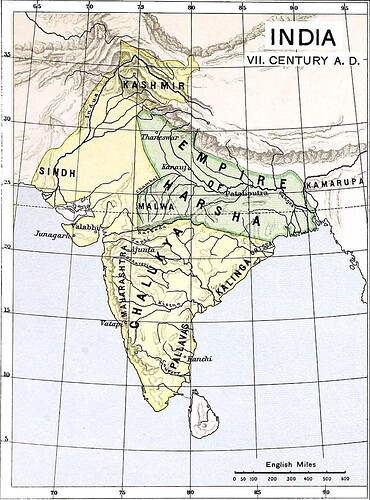 And the ONLY African civilization that I think fits the bill for a proper Age II civ would be the Nubians (medieval Sudanese). The Hero Archer of the Eyes is in fact Nubian archers, and on my own, I have toyed with ideas of the Nubian civ being a Foot Archer civ to rival that of the Mayans, Britons, and Vietnamese.

Besides Georgians and Armenians, I would think Nubians would work quite well. Historically-wise they kicked the butts out of the Arabian armies that were sent to forcibly convert the Nubians to Islam, which could make for an excellent campaign.

when one civ adequately represents that region?

You clearly have no idea outside of europe do you?there was no india or indians till the british raj era.

Who needs splitting the Indians when we can add some obscure european barronies ?

Just kidding. Renaming the current Indian civ to the Rajahstani for example would indeed make room for more, a Bengali civ and a South Indian civ are commonly proposed. The Indians were added with The Forgotten who also added the Slavs, a civ that since has been split into several ones since it covered a lot of different peoples. Anyway the game engine allows for 9 more so there is room.

Last dlc? No we need more.

Who needs splitting the Indians when we can add some obscure european barronies ?

I would love to see Armenians and Georgians added to the game, but I agree with everyone else, should it be the very last dlc I’d rather have it focused on South Asia or Africa.
This being said, I think there’s room for those two civs (they are actually among the most requested at the moment) and should the “9 remaining civs” stuff turned out to be wrong, we could even get a few other ones in the Caucasus (Alans, Circassians, Avars, etc.)
By the way, your informations about Armenia are inaccurate. The Bagratid dynasty ruled the Kingdom of Armenia from the late IXth to middle XIth century and resisted against both Byzantines and Arabs for quite some time.

Tbh Indians only properly represent Mughals so thats prob my first choice if we rename them. Either way I dont think the civ will be renamed.

The Mughal Empire was formed in 1526 so it doesn’t fit the AOE2 timeline, it’s the AOE3 Indians. Anyway the advantage with civs is we don’t need to bother making it fit one political entity.

The current Indians are based on north-western Indians with a focus on camels (there’s a big desert in north-west India) and indeed Prithviraj was a Rajahstani king who was in the front row to face the muslim invasion. However this civ is quite underwhelming when it comes to elephant, I’d expect a possible Bengali civ to have another elephant unit.

As long as there is only one Indian civ there is no need of renaming them, however it will be necessary if others are added.

Swiss cantons ? JACKPOT we now have blueprints for 26 new civs, each with very minor differences from each other !!!

On a more serious note, I hope the Jurchens are on the devs’ short list.

Medieval Manchus that eventually conquered northern China as the Jin dynasty, that we see in Genghis Khan 3. Centuries later (outside of the AOE2 timeframe) they’d come back as the Qing dynasty. They had an army that was heavier than your typical steppe horde, with the heaviest cavalry outside of Europe and Persia.

I wholeheartedly agree, while a East Asia dlc is not necessarily at the top of my wishlist, Jurchen certainly are as a civ.

The Rajputs however used mostly heavy cavalry and had no gunpowder. Camels +cav archers + gunpowder + sultans is clearly Mughal inspired with maybe a bit of Delhi (although I still want Ghurids)

Are you declaring that the term “India” and “Indian” were only invented until AFTER the British came and conquered the subcontinent?

It was a sub region of Asia, but they were as varied as Europe (more or less). They both had two major diferent unrelated ethnic groups and two major diferent styles of warfare, and India while it had less major states with multiple empires holding a lot of the territory there was multiple religions.