Aoe2 at it’s core has always been amazing. The majority of problems people talk about these days I feel are superficial to the core of the game (bugs, match making system, civ picking, position picking, forced maps, smurfs). Except Hills.

Visually, they’ve been badly designed from the very start. You struggle to see holes in them, buildings that look like their touching aren’t. Placing eco buildings on hills with stones, golds, berries and sometimes even woodlines is a nuisance. Quick walling or sometimes even just small walling is so much of a pain that sometimes pros prefer to just abandon the resources. In addition to that it’s very hard to estimate range on hills (esp big hills like on gold pot or Acropolis). The following 2 pictures show the range (roughly) of an SO on flat ground vs on some exaggerated hills: 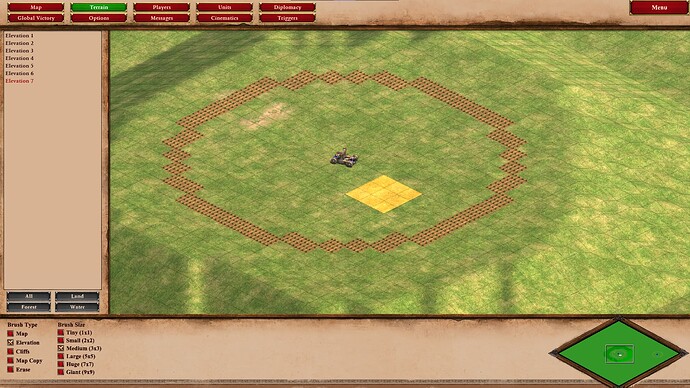 My proposal is introducing a toggle that allows you to see the map fully flat, that way you can toggle to build what you need to build or fight with ranged units on big hills and toggle back to play the rest of the game. Maybe there could even be alternative indicators of elevation you could toggle to. Below is an example I got from Wii Sports golf (I don’t know other examples 11) 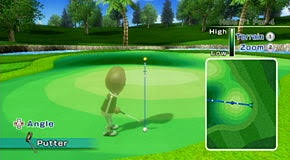 Now obviously the above example isn’t visually suitable for aoe2, maybe arrows could be used to indicate elevation or maybe just different terrains. Either way I’m confident they can come up with a suitable visual design.

I think it’s fine as far as units are concerned, where it can be solved with range indicators. As far as buildings though, yeah, that can be a real problem with no solution other than dragging palisade foundations over areas to gap check. And quite a few pro games I’ve seen feature this more prominently than they should given that it’s less of a “skill” related thing and more of a terrain/building readability issue.

Visually, they’ve been badly designed from the very start. You struggle to see holes in them, buildings that look like their touching aren’t. Placing eco buildings on hills with stones, golds, berries and sometimes even woodlines is a nuisance. Quick walling or sometimes even just small walling is so much of a pain that sometimes pros prefer to just abandon the resources.

I like this idea, but as with some changes, I’m uncertain about the tradeoff of dev effort vs payoff. Visual modding isn’t really my thing (in this game, anyway), but it seems like it would be easy enough to replace the look of the actual elevation terrain to appear as flat terrain, and I’d guess that displaying all buildings as if on elevation 0 would be a ~ simple coding change. I just wonder whether toggling the appearance of all the elevation/buildings on a map with the click of a button would cause performance issues. Someone more knowledgeable than myself would have to do a cost-benefit, but overall I think it’s worth looking into.

I think it’s fine as far as units are concerned, where it can be solved with range indicators.

Some people aren’t a fan of those (idm).

I don’t know how much investment it requires either, nor can I claim it’s a top priority addition. Just something I think should definitely be addressed at some point down the line.

In Stronghold and Stronghold crusader its done by pressing the space bar, then you see only the flat surface of the map, only foundations of buildings, treestumps instead of trees etc.
I know of the annoyance that can be caused by Hills in aoe2 but never thought of adding something Like that.
Maybe there is a way to do it in a Mod, could definetely be helping in the situations OP mentioned, Just Like small trees.
Below two Screenshots from Stronghold crusader 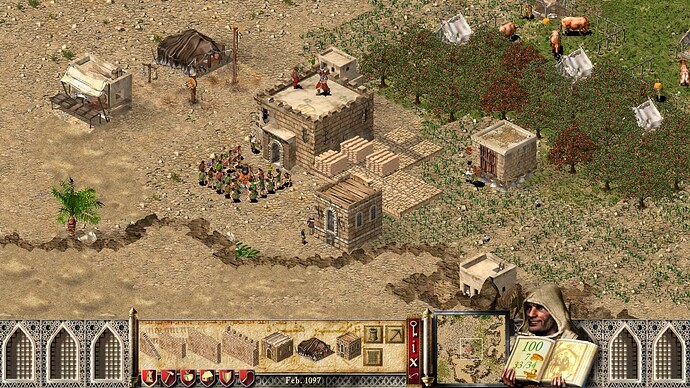 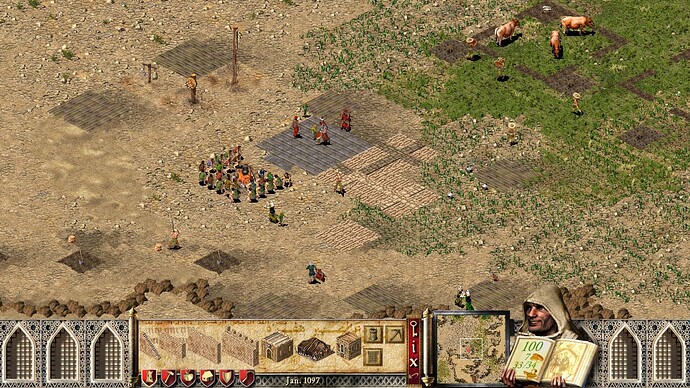 I vaguely remember someone mentioning another strategy game with said feature, thought it was total war and was struggling to find pictures of it. This is where I got the idea from

I proposed something like this in the past too, a key that toggles hills visually for placing walls

This looks absolutely fantastic. An issue I’ve run into constantly is when I want to select a particular section of a vertical palisade wall. This is almost impossible to do right now without trying a dozen times. A visual mode like this would solve that problem as well.

Another use of this would be to target vils who are building something (like a castle) and you want to target them with your archers, but you keep clicking the castle. I know that you can use alt to ignore the building, but the visual language is so cluttered that it is super difficult to do it well.

Even if the devs can’t address this right now, I hope that some ingenious modder can make this happen.