Since we do not know when the devs are going to patch this, there is a way to gain access to specific hotkeys that are currently locked. I will explain (click on the points to see more):

This is great. I still need to bind to the side mouse buttons though. Hope they’ll fix it soon.

Also added a guide to the steam guides. 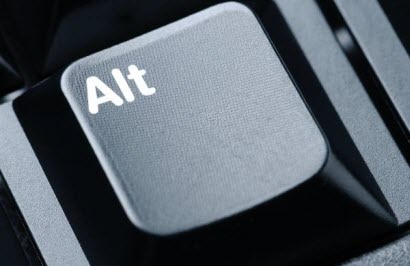 Since we do not know when the devs are going to patch this, there is a way to gain access to specific hotkeys that are currently locked....

This should be pinned.

As if the devs would support tinkering with their configs

So things like these are easily possible, yet the devs talk about roadmap for next year to implement these, they make it sound like it’s the most exhausting work ever.

Well they said modding support and the scenario editor are coming next year, but hotkeys and global queue are on their “top priority list”…
So I guess it will come rather sooner than later.

One of the best topics out here.

Ty so much for the tutorial.

hey, where they said that?

Thanks man, sadly we can’t bind the side mouse buttons, I’m so used to bind those as my TC Button in previous Age games

I wonder if and when they will fix this. Are we able to change Age 1, 2, 3 and 4 selection keys for buildings in any way? I hate clicking Q by accident for example and then having to press ESC to get back to the building age group selection. Such a garbage way to do it. I wish I could press 1 2 3 4 for the ages and QWER… for buildings. Then if I misclick age 1 and have to click to age 2, I can just click 2 instead of ESC > W

Are we able to change Age 1, 2, 3 and 4 selection keys for buildings in any way?

I agree that it is really annoying when you accidentally press the wrong button and have to reach out for the esc key…
Unfortunately, there is no shortcut you could rebind for that

That makes it even more stupid that you can’t rebind those keys ingame.
They would probably just have to change a single line of code to make them bindable.

They made such a nice game but than they made so many small stupid decisions.
Same with population limit. It’s changeable though the console but not in the UI.
Just why?

Clearly not enough time to fully create the multiplayer and singleplayer experiences by the release date. Instead, its a bit unfinished and they hope to patch it out.

Hotkeys should be fully rebindable, and its crazy to think they are not.
The zoom is also way too close imo, hopefully they will allow us to zoom a good 30% more in the future.

is there an option to “select all barracks” or “select blacksmith” hotkeys?

There are only the options you would find in the in-game options as well (except mouse panning).

is there an option to “select all barracks” or “select blacksmith” hotkeys?