I have learned a lot by rewatching demos and was wondering if the DE Game will have any additional controls for that matter. A video player-like timeline would be amazing, not sure if it’s easy to implement though. But one of the great things about soundcloud for instance is that you have this handy waveform scene layer with the comments that’s just a pleasure to use. The current timeline at the very end is great but would it be possible to make part of it interactive at replay time? Think about the options for casters and streamers. You could clip parts rather easy and be more in control over the replay by live interaction.

My take would be an interactive default line. by the click on an arrow button you could expand/collapse the wrapper element to display further icons like major battles, time of aging etc on it.
skipping 5/10 seconds back and forward by hotkey might be very useful also!

also with the option to speed up, replay and jumping to a certain moment in the game the whole rewatching might become a bigger thing for the playerbase.

what do you think? is there any rts that has something like this to compare to btw?

Interesting, but don’t know of any RTS to have this. Maybe AoE4 will.

A video player-like timeline would be amazing, not sure if it’s easy to implement though.

I highly doubt that is possible to implement. The recorded games don’t save the exact game state for each moment in the game. Instead they save a record of the commands that each player issued during the game. Then the game is re-simulated, using those exact commands. To fast-forward, the game is simulated as quickly as possible. You can’t just “jump” to a future moment, as you need to simulate the game in order to figure out where all the units and other objects should be at that moment. And there isn’t a way to “undo” a command, so there is no way to go backwards, either.

There is a “save chapter” feature which allows you to create a “save game” point in a rec while you are playing a game. Then you can jump back and forth between these points, as they have all of the data necessary to load the game at that point. There could be some type of “automatic chapter creation”, say create a chapter every 5 minutes, or do something intelligent to predict a large battle and save a chapter before it. But that would need to happen silently in the background without affecting game performance. It might also be possible to do some kind of post-processing on recorded game files to add in this information when a game is finished.

A video player-like timeline would be amazing

It’s the same engine. It cannot be improved like that.

I highly doubt that is possible to implement.

Not with the same engine at least.

About jumping forward and backwards in a replay, or to a specific moment directly, Starcraft 2 has this: 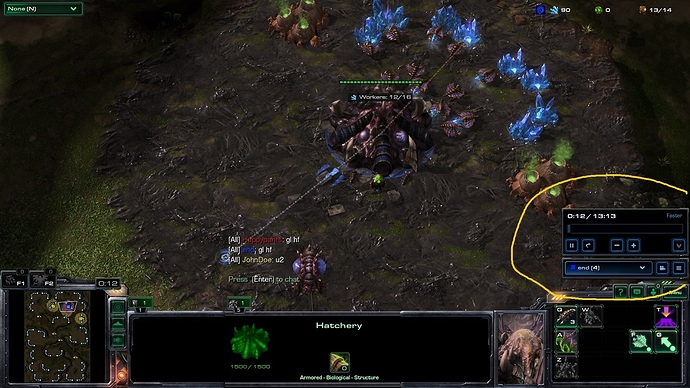 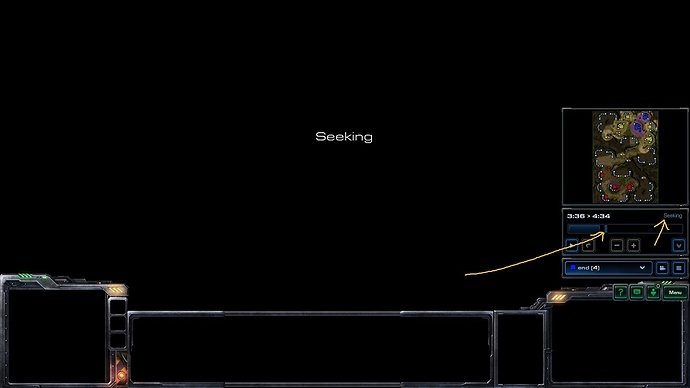 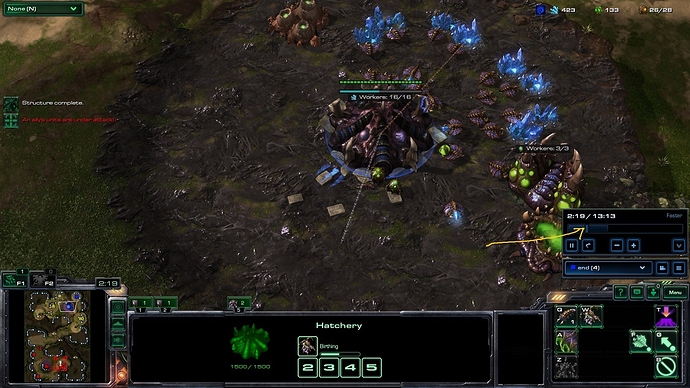 So if you click anywhere on that timeline it will show as “seeking” and within a few seconds replay will jump to that time, whether it’s ahead or rewind. I’ve read an article years ago on how Blizzard had done (it was later added through a patch I think) and they said was it seriously complicated work of engineering, however I still expect to see it in AoE4, given they had years of technology advancement at their feet in the meantime.

Skipping back without reversing animation is typically how it’s accomplished with these engines. Instead of reverse its back up from 1, 5 , 10, & 30 seconds and play from there. This would be a great help to watching recordings as I often only focus on certain spots and want to rewatch them a few times

And yet, its the same engine. You can’t possibly expect that of a huge change.

It’s not a huge change. Starting a save game from 10 seconds previous to current position in playback

It’s not a huge change

You can’t do it with the same engine. Some features require heavily-modified engines…

Yes you can. The time is logged with the recording of each command

As I said, if they could, they would do it all these 20 years…

They can. Just hasn’t been a high priority but fortunately we are at a time when they are just adding polish to an already amazing game

More than polish though…

What they could do is allow chapters (aka points where the full game state is saved) to be created while watching a game, then skipping back to that specific point would be possible.

It’d be great to get a rewind/jump to certain times in replay.

It’s quite annoying to have to restart a replay from the start and fast forward if you missed something - and you can’t look everywhere at once.

Does anyone know if capture age has any features like this?

I suggest that in addition to manual chapters game will also save automatic chapters at start of game, at suitable intervals (maybe 5 or 10 minutes) and at end of game. This should be okay if chapters can be saved without affecting performance.

While watching replay, game could display timeline with all the chapters, where can choose, which chapter to jump to. More comfortable than current system of moving only to next/previous chapter.