The Tech Tree needs a massive overhaul in terms of visual clarity and more advanced tooltips required. The handcannonee bug is still there with the letter r below it. It looks very unprofessional after 3 seasons, the word is still not fixed. It should have been in horizontal layout not vertical.

Absolutely. The tech tree is terrible. Just look at AoE2 for an example that’s way better, except improve on theirs by including all the bonus damages.

The Chat revamp should be global so we can talk or socialize with other players around the world. This one has its pros and cons but much better than a lifeless chatbox.

If by this you mean a global chat window on the main menu, please no.

The global chat is a toxic cesspool in every single game that has it.

mmmm the game still needs patches for an oficial release on other console. The game still stale on some aspects.

minimap resizing, assuming its doable via hotkey in game too, and map filters are fairly equal, but yes UI mod support is a must

interesting roadmap， but where is the cheat code of aoe 4?and please make more campaign instead of new civ…

It would be nice to see the results of the season 3 survey. I’m sure many are curious what the consensus is across the playerbase for the different options.

Many people get the impression that everyone wants the same thing they do and get frustrated when it doesn’t happen even though their preference may be niche (see the guy above who wants 20 control groups which no one else cares about at all).

The main things that interest me from the roadmap are the QoL improvements to the minimap and garrisoned buildings. I’d like to see a lot more improvements along these lines, e.g. when I select all idle villagers and some are garrisoned, it would be nice to be able to right click on a resource and have them just ungarrison and start collecting.

I’m not personally hugely interested in new maps unless they’re innovative and fair, I feel we already have a lot of maps that play quite similarly, and don’t need new maps that also play quite similarly. I’m also not keen on the asymmetry of some maps for competitive play, e.g. The Pit where a game can be decided by which players spawn in which locations.

One thing I feel the devs need to be wary of is increasing what new players need to learn to get into the game. AoE 2 DE has a vast number of civ matchups to learn, and as a result I never really got into playing ranked. AoE 4 is more accessible at the moment. Adding more maps and civs makes it less accessible to new players, whereas QoL improvements can make it more accessible. Obviously there is a need for new things to keep the game fresh for experienced players, I’m just saying it should be kept in mind that it can make it harder for new players to get into the game.

I play a lot of multiplayer games. Balance is in a fair state right now (some civs needs buff like Malians, left behind in pros Tier Lists).

I would like you to address the most frustrating issues about multiplayer : Latency seems to affect every aspect of the game.

Thank you for reading devs

Landmark changes is the most interesting one so far
and since you made this topic i assume you are collecting feedback
i played since launch, tried all the civs
here some civs landmarks that needs buffs / reworks in my opinion

Ottomans:
fuedal landmarks are good early, but falls of use in lategame, they both need imperial upgrades to keep them interesting

Malians:
saharan trade network:
it a good landmark but i hate the fact u have to place it in a trade route early, which will cost you alot of walk time for villagers and economy, my suggestion is to remove the food collected at this landmark, and just give all other outposts a buff in food instead, say from 50% to 60-70% sounds good

both of their imperial landmarks feel underwhelming

English:
Abbey of the memes rework

Chinese:
never liked building imperial academy, just forced my self to do it to go to song dynasty
age 3 imperial palace is useless and need a rework as well

HRE:
Meinwerk palace needs a bit of a buff to compete with aachen chapel

Mongols:
deer stones feels kinda useless since u can just research the tech in outposts
maybe make it give more movement speed like 20-25%

both imperial landmarks are pure useless

and finally, my main, Abbasid:
as abbasid i always go economic wing → culture → military → trade
if you want players to change their play style id suggested buffing other 2
preservation of knowledge: it used to be 50% and i used to pick it, but now it nerfed i always go to eco wing
maybe make it 40% cost reduction and reduce the research time by 20%

Boot camp: choosing this means u will be aggressive, but it not as appealing as fresh food stuff
extra health is good enough, id suggest making military production buildings 50 wood cheaper to encourage players to choose this wing more, maybe even increase military production speed for infantry

one side note about the faith tech, i never used it, or even bother to research it, would be nice if this get reworked to make imperial intersting, maybe make imams give a buff to the army

anyway that my feedback with landmarks, hope it helps
take care

To find games of the same Elo, reset the search and that’s it 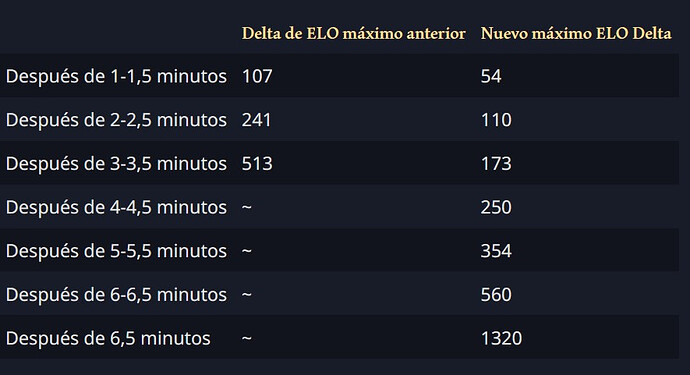 I like your answer but how do you explain we can get matched vs Conqueror 1-2-3 team in under 3 min of search ?

Or there is a shadow ELO somewhere…

There is a hidden elo that’s tied to ranked, although we don’t really know how strong that tie is.

Will you be adding new units to older civs? Some civs still only has 1 or 2 unique units, making them very bland to play, while others bathe in 4+ unique units.

I’ve been playing some ranked 2v2 and attempting to keep a record of my ELO and rank points after each game to get an understanding of how it works, but AoE 4 World seems very bugged in its updating of the stats, my ELO hasn’t updated after my last two games. So I can’t say all that much about how it works, but after 10 games, my rank points are at least 250 below my ELO, and probably more like 300-350 below my ELO. So I think it’s definitely possible to get matched against someone with quite different rank, who is much closer in ELO, if there’s a big difference in number of games played this season.

Edit: to expand on this, look at the player at the top of the team ranked leaderboard, for example:

They have e.g. 2v2 ELO 1632, but ranked points 1853. I think this has happened because they have played many games in all of 2v2, 3v3 and 4v4, and these have separate ELOs, but all contribute to a single ranked points figure. I think someone who has only played one mode with a high win rate could have ELO 1632 but only <1300 ranked points, so I think it might be possible to have a plat 3 and conq 3 at the same ELO.

There should be a decent ladder built into the game.

Quick match should be more of a fun way to play aoe4. At the moment its just normal ranked games but called quick match. Make it abit more fun for new players and people not wanting to play ranked. Have the gold chests and few other features.

Give it a better name then quick match and some rewards for it. It can be the mode where the devs can add new features that don’t need to be balanced as much.

Play style
FFA or Teams or 2vs2vs2, 2vs2vs2vs2
Have a preference option like maps

Probably already been asked but is there any plans to add new campaigns to the game? one of my favourite parts of Age Of Empires is always the campaigns and playing as new civs, Maybe more development into future eras, Or other civiliizations, the history factor of this game is honestly the best yet and i cant believe how good it is!

Adding the Chola Dynasty would definitely be a good idea! In fact, check out the link to this thread about the Chola Dynasty and as well as the link to the thread about the Vijayanagara Empire. Also, what can be pointed out is that both civs would obviously be divisions of the Dravidian civ from AoE2 from what it seems to be considering that both empires, the Chola and Vijayanagara were indeed South Indian empires.

Byzantines are the priority!