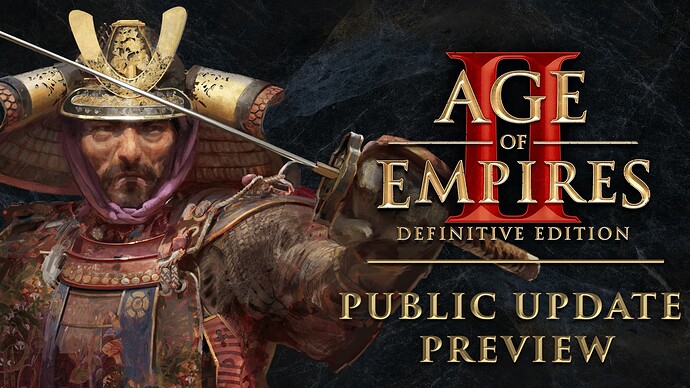 We’ve re-enabled the January PUP (Public Update Preview) in order to make a build available to you that addresses a Team Game performance problem that users are experiencing after the January Update released on Monday.

This build is compatible with the current Live Multiplayer, so even if you’re using PUP you’ll be able to play with friends that are on the current Update. You’ll find the PUP build under the BETAS tab in Steam.

We’re working to get this Update Live ASAP so you can get back to fun with your friends!

is this applicable for windows store version or only for steam?

This is only on steam at the moment. But the team is working on getting this build into a February update for both platforms.

Thanks that will be really helpful… the build has also broken all the map based mods and when i hit imp really lags… not sure if the mod issue is part of the feb release or not… but no minimap mods like centered minimap etc works anymore.

Once it’s a confirmed fix, it would be nice to have a hotfix released for both platforms, rather than wait until the end of February for a full update.

Yes centered/resized minimap mods don’t work on the MS store version. Not reading the mappanel.json mod files or something. Also all mods get deselected sometimes (about 20% of the time) when opening the game. All since the last patch. Hope it gets fixed soon.

Everytime the game updates a patch, all mods are deselected. It’s not random.

For someone that plays occasionally over the years and having to each time I want to get back to play a few games, I need to retingle with the mods I used to use before. It is veeery annoying.

I have a. Json backup of my avrive mods but still quite frustrating and sometimes keeps me from booting the game up because the bother is weighting heaver than wanting to play

That’s actually a feature since some mods being incompatible with the new build, prevented the game from even starting.

I know that, and it is a bad feature. Surely a better solution should be able to be found.

On the store version, all mods are deselected randomly. Now every time I start the game I go into mods to see if the mods are enabled if not enable it before I queue. Of course this is only for those that work, many map related modes like centered minimap etc. are not working at all.

Thanks for releasing the fix quickly!

Team games are still bad with the latest update. The devs really need to have a look at the elo calculation. It is broken since the release, but fixing it is also almost fully ignored by the devs. I really hope the devs will look into it quickly.