The Age of Empires II: Definitive Edition original soundtrack is now available for streaming and download on many popular streaming services and digital music stores in two volumes! 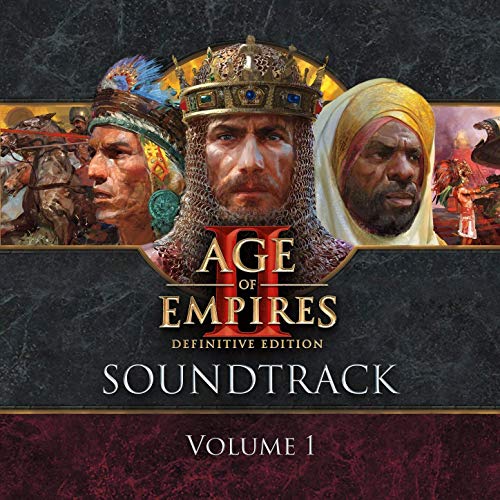 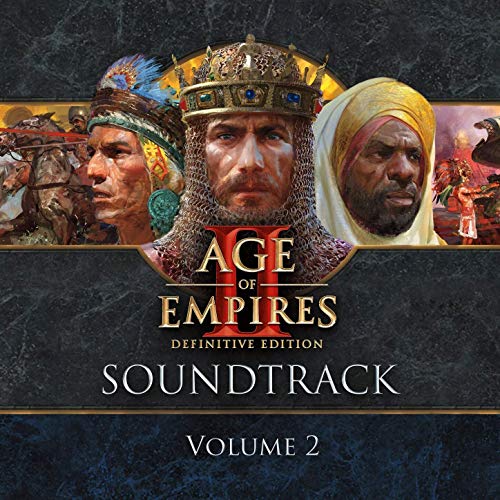 You can start listening to the Age of Empires II: Definitive Edition original soundtrack on the following digital music stores:

What are your favorite tracks from the Age of Empires II soundtrack? Please leave a comment below!

Were these done live like AoE:DE or computer generated?

Also why is Pudding Pie renamed to The Monkey Book?

No MIDI music is used in AOE2DE

I didn’t mean MIDI. I meant computer generated as in not performed live by an orchestra or something.

Thank you, very nice of you to share soundtrack again!

No, it’s completely made by orchestra

What are your favorite tracks from the Age of Empires II soundtrack?

Bass Bag and Bust - I’m happy that you included the Demo tracks!

What are your favorite tracks from the Age of Empires II soundtrack?

Neep Ninny-Bod. The new one is just so good I’ve been listening to it again and again.

Will you guys add these as Steam DLCs to the main game, since Steam also allows for purchasing game soundtracks now? While at it, maybe there could be a free DLC to add AoE II HD’s music (packaged with the game) as a Steam soundtrack?

Been listening for couple of days and I like both soundtracks.
Very cool mixing.

I noticed some AOE DE tracks were renamed as well. Stephen was renamed to Wally. I’m not sure if its preference, if regional releases had different track names, or if maybe the source reference files for the original games had different names. I’d love to heard from Todd Masten on why.

In listening to both Stephen Rippy’s work and the work of Todd Masten I have to say that I generally prefer Rippy’s. This may be due to Nostalgia but I also feel that Masten’s work tends to focus less on the strong melodies of the original. They also sometimes feel a little over complicated, adding in a ton of layers that certainly make the track feel full when some of the older tracks could feel sparse at times, however this is at the sacrifice of clarity as all of the layers can sometimes blend together in gameplay. Without the melodies being as strong I find it harder to notice the music during gameplay. Its not that the melodies aren’t there its that some of the notes have been changed for a seemingly indeterminate reason often creating tension and not resolving chord progression while other layers have simply been lowered in the mix so much that I can only notice them with headphones. They aren’t bad but the strong melodies and the fusion of electronic and traditional instruments that I loved in the original soundtracks just seem a lot less present in Masten’s work so far.

However I feel that the work on the Conquerers soundtrack is fantastic. Even just hearing Pork Parts once I could tell this was going to be different. Conquerers was already less melodic and more ambient in the first place, with a larger focus on a feeling of space and a slight feeling of tension. This is where Masten really shines since it seems to play to his strong suits and rather than being disappointed that an increase in fidelity didn’t enhance the old tracks like I had hoped I felt blown away by these new tracks to the point where I think I may actually prefer them over the original. In general I feel the DE II soundtrack was handled better than DE (maybe partially sue to experience but also I feel the melodies stand out better and the choice of instrumentation sits better with me) but the Conquerors tracks are almost transcendant compared to the original and they may become my preferred way to listen to those tracks.

I also feel like the track listing on this soundtrack is more sensible than the previous release. Its not perfect mind you, placing two Conquerers tracks before 4 tracks like victory and loss screens before they resume is a strange move, but it wasn’t anything like the seemingly random mess of track ordering in the original AoEDE. Overall I’d say this is a big step up and I wonder what we have in store for AoE3DE and especially 4 since then Todd Masten will truly be able to express himself musically without previous tracks to bind him. I’d love to hear a dual interview from Masten and Rippy sometime to get a better sense of their differing though process on how to approach game music.