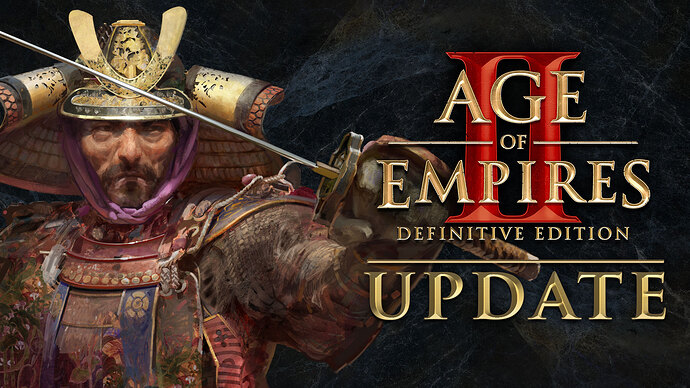 Hello and welcome to another release filled with exciting updates, balance changes, and bug fixes for Age of Empires II: Definitive Edition!

Today’s build brings a number of fixes to the game which reduce the likelihood of a freeze or client crash, as well as numerous other fixes and balance changes available for you to discover in this post below.

If you have an issue, please head to support.ageofempires.com .

Nice patch but with all due respect, the Mangudai nerf was just unneccesary lol, don’t ruin Mongols for the dear love of God.
Arambai and War Wagon are still here allowed to be OP (100% missing shot damage lol, and the Extra attack vs buildings of WWs and the double castle WW).
While Kipchaks and Conquistadors without buffs-_-

This is sweet. I wish my arm wasnt in a cast so i could enjoy Burgundians and Sicilians.

Hope something for Italians arrives later.

Love it, very hyped for my boars to continue chasing my vils instead of going back and ruining my entire scout build

I don’t really disagree with any of the nerfs/buffs either. Looking forward to giving Burgundians another run. I tried them in the PUP against extreme AI and it didnt seem bad.

The secondary projectiles deal 1002 damage to unknown class. This means that they deal 2 damage to all units and buildings seen in regular games.

Thanks for the patch. I like it a lot, especially mongol UU nerf and the Canon galleon change.

If course I love the organ gun change and malay fishtraps change.

thank you for again including many suggestions directly discussed on the forum!

I like the mangudai nerf, but I wouldnt mind a war wagon nerf either. Its so much better than Elefant archer.

Rumor has it that The viper is some video said he things cumans has the best lategame on open maps. Surely kipchscks can’t be that bad. I don’t think they really need a big buff on that UU.

I would rather see general units slightly buffed than focus on UU: something for handcannons (bullet speed to 7 like arrows) and maybe also the Ballon bullets of bbt and elite cammon galleon adjusted to speed of bbc (and remove ballistic from bbt).

I really like this update and I had a lot of fun checking it out today.

Theres no hittinh animation when hitting buildings with trebuchets using chemistry tech.
It works in capture age but not ingame. Please readd the animations. Works without chemistry but with theres no explosion animation on impact.

When luring with scout - boar will sometimes still back pedal randomly.

Might have to do with the boar not always instantly attacking the scout after the first hit and just ignoring the scout to turn a different direction before finally reacting by the second hit and possibly only registering 1 hit.

Why isn’t this pinned yet?

Yeah, we can start with -5w cost for Rattan Archers.

They bith beat organ gun in a 50vs50 fight in post imp, while being cheaper too, add to that the higher movement speed that isn’t even measured in such test but is actually extremely crucial.

They need no biff

First of all -5w cost won’t be a factor in Imperial Age. This is purely a Castle Age buff! And it is a small one indeed!