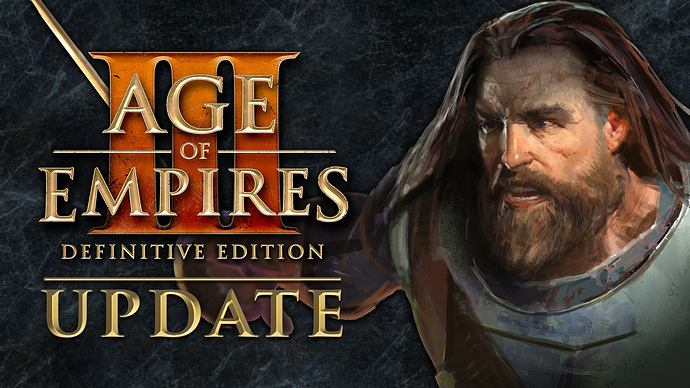 Hello and welcome to the first week of November! Today’s update not only re-syncs Steam with the Microsoft Store so players from both worlds can enjoy each other’s company, but comes with a large number of fixes and updates aimed at improving the stability, performance, and playability of the game.

Remember that if you encounter any game issues, please visit support.ageofempires.com.

Both versions of the game should be in sync again, which means all players will be able to play together as long as they’ve updated to 5208!

If possible, could you please investigate if trade monopolies in its current form are really a fun mechanic, especially when it is used by incas with 12k hp with that structure defence ceremony.

Thank you for the fixes!

Please also fix the consulate abuse for Japan isolation and brits ally, where you gain 7% but only lose 5% when ending. This way players can infinelty increase unit stats.

“The team is already hard at work on the next update, which includes more fixes and adjustments based on your feedback”

Please for the love of god I hope this update has an option to toggle off chat censorship.

Kindly do re-balancing of mercenaries in saloon. Right now there are some good mercenaries, while some are really bad. And building a saloon is a gamble. If most of the mercenaries are made useful then making saloon could be viable option in many maps.

Also Mercenaries enabled by home city cards should be available one age earlier than their usual. So as to justify spending a card which is usually worth lot of resources.

Which mercs are bad, which are great. Teach me please.

arsonists are easily the worst. useless in melee and get kited by anything with good range. they are only good vs short ranged low hp units like strelets or unmicroed muskets that don’t go in melee/kite their animation.

corsairs lack in stats, they get sniped really easy and even when they do get in melee vs cav they aren’t amazing, just decent. being cheap and having numbers doesn’t mean much when ranged units pick you off and the payout isn’t great. their speed isn’t enough to save them. use cheaper swiss with their larger anti-cav bonus if you can or better yet, fusiliers/highlanders/black riders. they cost the same as highlanders and are too expensive for what they give.

Landsknecht are in the same boat, only they are actually pretty good once they get in melee but are too slow to actually catch cavalry and avoid being sniped by enemy ranged units. they also don’t come in large numbers like swiss or corsairs, meaning you need to put effort into slowly moving them into position where cav has to come to you without ranged support. just inferior to the cheaper highlanders/fusiliers who are more reliable, need less micro to be effective and are better multipurpose.

Stradiots, who are roughly 10% weaker then an imperial hussar without cards are also subpar. a simple stat boost to say 700hp/70 attack would still have them lower then a carded up hussar, but will help make them a competitive fortress/early industrial pick. essentially they are just too weak for what they ask. Jat lancers are on the same boat, and could use either a stat boost or a cost/pop reduction. compare to black riders/highlanders/swiss/ronin/jeager/elmiti vs their base counterparts and the difference in their stat profiles can be stark.

all the other mercenaries are at least very good in several situations and are a great addition to your army.

Thank you very much for this patch and for your hard work! Gracias!

I kinda agree but then again, jaggers in age 2 might be a tad too powerful but age 4 to 3 i agree with

Please for the love of god I hope this update has an option to toggle off chat censorship.

I wont wanna ruin your patience but: AoE II DE is released a year ago and still waiting for this feature…

Aoe 3 just got its filter changed to only filtering out the word with **** instead of the hole sentence, which I I surely other too have been asking for.

I am super happy they listened and finally gave in and convinced Microsoft or whoever was in control of decision making.

Hopefully aoe 2 gets the same filter change next patch.

It is live now.