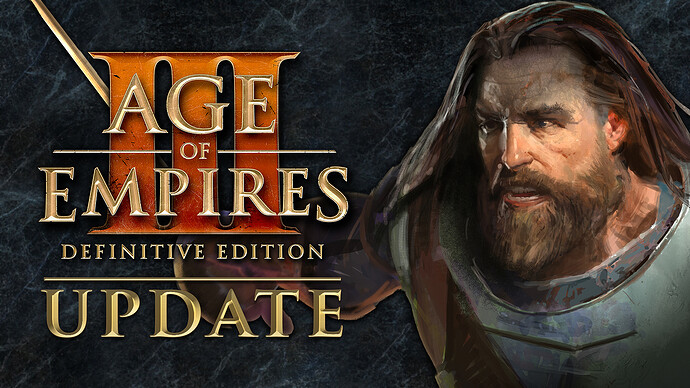 Hello, voyagers! We have another exciting update for Age of Empires III: Definitive Edition!

There are lots of fantastic changes, improvements, new maps, and even some fun new unlockable warchief skins coming with today’s patch.

While there are plenty of notable fixes and features to look forward to in today’s build, here are some of the big highlights coming with this month’s update:

Head on over to the link below to check out the full patch notes!

Can the Aztecs get some love too or na? They could use some different strategies they are a too predictable and inferior to Inca in every way, why would you want to choose Aztec over Inca?

Brilliant work devs, we appreciate it , especially the new maps + costomisables. Here is ever hoping for more events, more theatres of war and more civs, we will remain supporting you since the content you provide is good. (Glares at age of cartoon sitting in the corner eating glue.)

Please work on the European powers as well, I would like to see completely new theatres of war, maps set in Europe, so Historical European battles can be held such as the battle of Waterloo, Trafalgar , the campaigns of Gustavus Adolphus and so on.
Add more European factions such as: Polish-Lithuanian commonwealth and Austria-Hungary.

Give the French new shipments that provide them with African units + French units:
1.Ship x2 Napolion Guns from your French Home city.
2.Ship a regiment of Askari soldiers.

As a citizen of South Africa, I want the Zulu civ to be added, which will allow you to fight as the British and Dutch , expanding ever northward from Cape Town all the way into Kenya, fighting and befriending the native peoples and encountering formidable foes such as the Zulu whom have strong, fast melee spear infantry called the Impi.
With added animals such as Lions, zebra and Elephants + hogs that attack villagers that shoot at them and don’t merely run away. Also add predatory animals that are not connected to treasures. For instance lions that roam the plains and attack lone ,unsuspecting settlers.

And in turn I too wish to fight in the deserts/mountains of the Middle East. Fighting as Napoleon in Egypt or as the Ottomans fighting against the Tuareg, Arabs and Afghans.
I was thinking that the Tuareg could have Mamlukes in the stable as well as Wheel lock musket firing infantry and Camelry as well as melee Camelry .with shipping cards that allows them to receive altiliry from European / ottoman allies. With cheap , fast creating Berber tents as houses and Town centres ,to make them mobile and flexible.

Houses and TC have low HP but can be rapidly reconstructed in a new area.

So you will have to conduct a pincer movement in order to successfully rout and defeat them. Remaining weary of being outflanked by their camels and cavalry.

How do we complete the Day 1 anniversary challenge? the one with the presents (2000).

use any civ with good resources shipments and also age up with politician/wonders that also provide res.

Hello!
Can some good soul fix wallpaper link? I’ve mentioned it in a couple of places, but it probably wasn’t seen by anyone with the power to do anything about it. The only proper version if FHD, rest is messed up.

and it should be:
https://static.ageofempires.com/aoe/wp-content/uploads/2021/10/AOEIII_Anniversary_Wallpaper_1920_x_1080.png

I suggested this a while back. I wonder if they took me up on it.