Age of Empires IV wallpapers, concept art - where to get it?

I’ve checked
Media – Age of Empires
but in the wallpapers section there’s only one from 2017, pretty meh, and in just FHD: https://static.ageofempires.com/aoe/wp-content/uploads/2017/08/title_bg_Age4.png
Not even that main art with Civilization 5-esque blue map background and few people*.

Before I’ll go on a hunt and stalk concept artists on DeviantArt and such maybe someone will help me here. 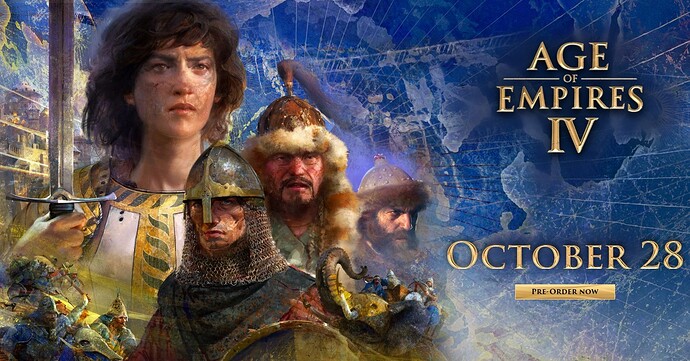 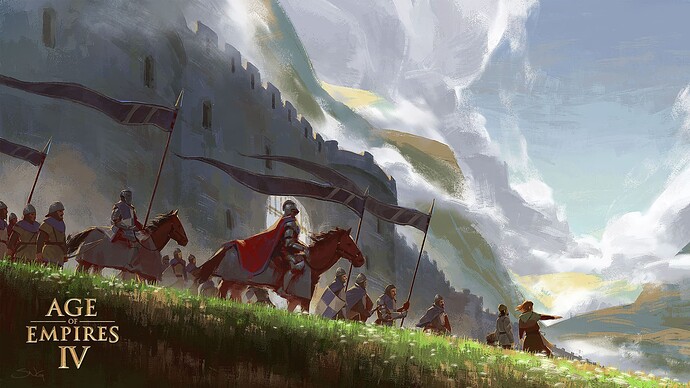 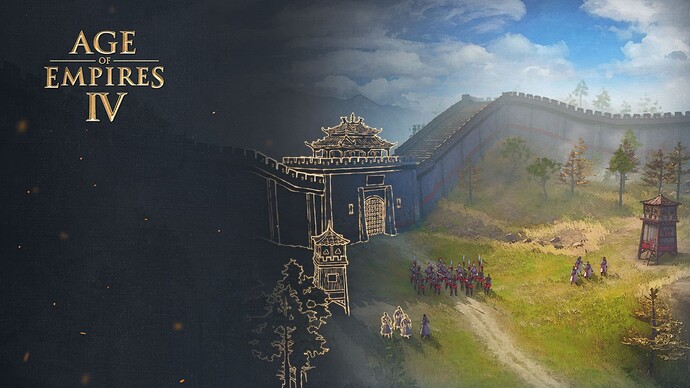 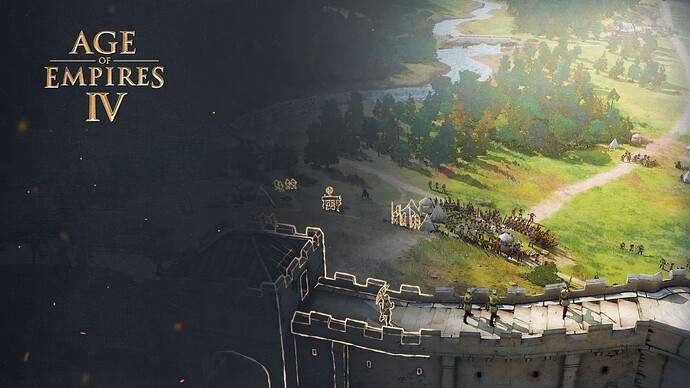 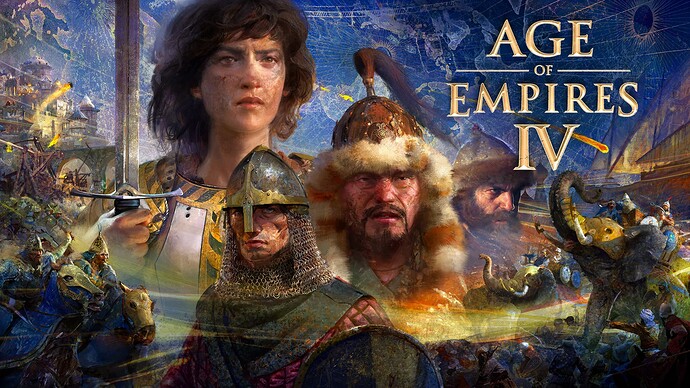 You beat me. Thanks for giving them the wallpapers.

Thanks, that’s a good start!

If you, or anyone else, have a 2560x1440 or 4K version- I’d be more than grateful. Anything will do- zip file, MEGA link, raw FTP, or site name where such things can be found.

This link has various resolutions.

Unfortunately I only have a 4K version of the cave wallpaper.

Here we go @JjForcebreaker , may I get your avatar wallpaper lol? I like it. 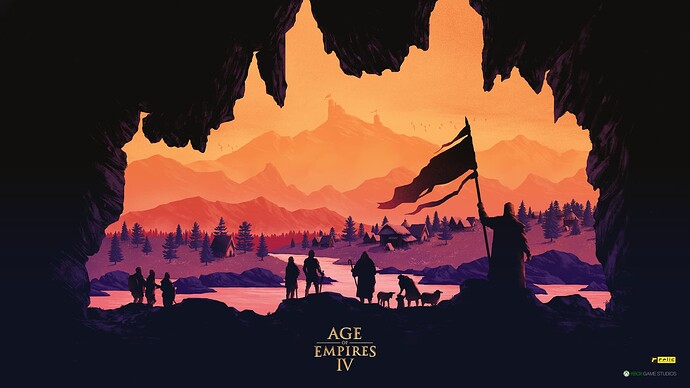 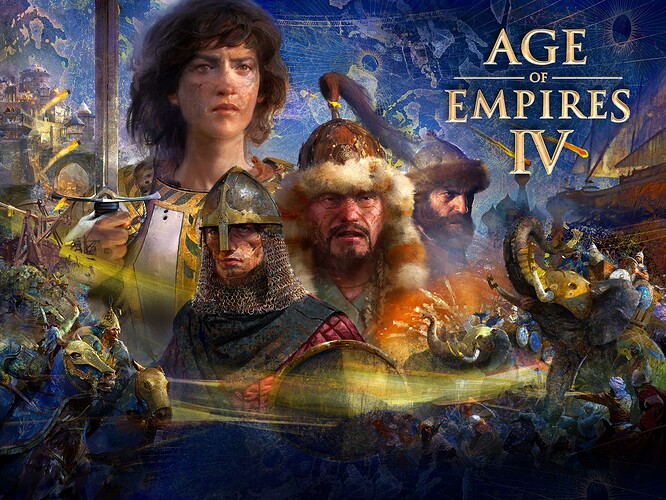 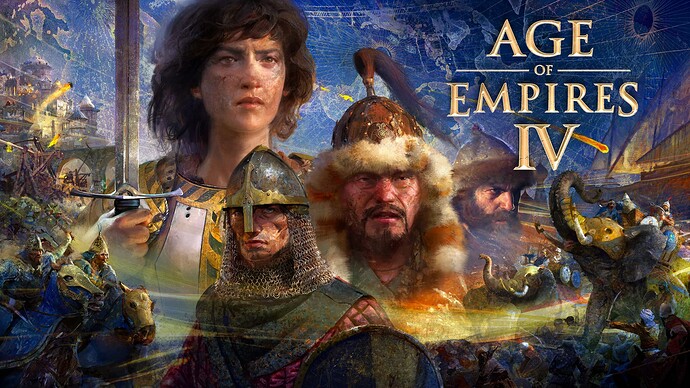 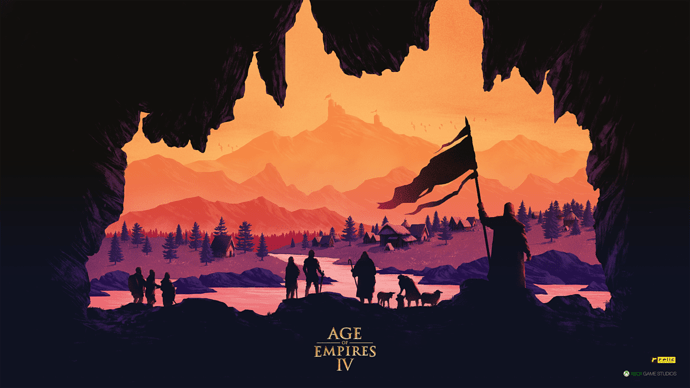 Awesome, thanks to both of you

I hope they’ll drop some sweet art/wallpaper package around the release of the game.
You can say different things about in-game style, but the work of these concept artists is rarely below ‘fantastic’.

Here, may I borrow your avatar lol?

Here are caves:
Insiders: A Gift for You – Age of Empires

There is not much out there yet concerning the concept art, I suppose they want the game to be released first, you won’t find any on deviantart, pro use artstation.com.

Also the only confirmed artist is the great Craig Mullins and he is not active at all on the web. You might receive some of his artwork if you preordered the deluxe version tho.

If anyone from Relic is here will we receive some kind of ZIP with Hi res pictures of Mullins art when the game launch for those who have bought it ?

Oh I see they just say “art compilation from digital painter Craig Mullins” so I thought of just some jpeg but an artbook is nice too !

I’m such a Mullins fanboi that I just bought the deluxe because of this haha.

It remains to be seen what exactly the art compilation will look like but I envision a digital art book. It could just be image files in a folder too.

Hey RadiatingBlade I’ve got a offtopic question - how did you get that sweet umm… green beta bar accent?
You have a default Insider ‘flair’ next to you avatar, but a AoE IV beta custom header next to name.
I’m in IV closed beta but can’t seem to find this thing anywhere.

Is that some super insider/Dev thing?

@JjForcebreaker The green bar means I’m a volunteer moderator, also indicated by the shield icon next to my username.

Members of the council have the Beta Scout title.

I have to admit that compared to other forums attached to official sites this one is pretty robust, functional and nice looking. I don’t know why I’ve been sticking mostly to Steam forums in the past when it comes to AoE.

Anyway - thanks for the info.
I hope at least AoE IV beta title and ‘flair’ visual element will be unlocked for us peasants sometime soon.

Thank you for the compliment on the forums. The web team has done a great job.

There will surely be flair for participating in the Age of Empires IV beta at some point closer to release.

Enjoy the rest of the beta!