AI is often building useless walls, such as along a forest (screenshot enclosed) 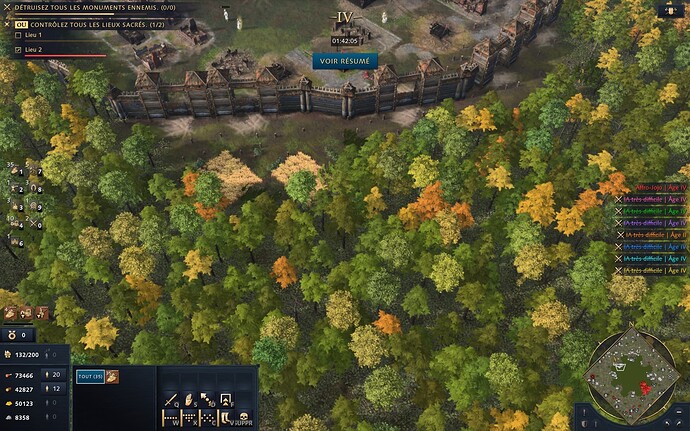 These posts are funny, cause obviously the devs have seen these AI behaviors themselves while testing their game right?

But it’s been a year and stuff like that is still sliding by. Without even a comment from them. Makes you wonder how long it will take if they ever fix this stuff.

Tired of being an unpaid beta tester.

I have reported many bugs and most of them are fixed by now, so they do take it into account (and otherwise I would not bother reporting them). Just give them time.

Concerning walls, if I’m not mistaken, the AI was rarely building them at launch. So I think they fixed it as it’s more common now. But they now have to improve the way AI build those walls, i.e. not along a place where the enemy cannot come, such as a forest, a cliff or map border.

They’ve always built walls when rushed, you might just be triggering it more as you become more aggressive against them. But it’s rarely a complete wall. 90% of the time they’ve left a gap or several gaps and don’t seem to be aware of it. So they either put too many walls (like walling off their forest) or not enough. It’s been this way for a long time.

Seems to be related to how they design their cities. They just randomly pick spots for buildings and spread them out a lot or offset them leaving weird gaps and spacing that probably just makes their programming more difficult. Many times they could strategically wall 2-3 points to protect themselves, like on Hill and Dale, but they instead draw a huge circle of walls with many redundancies like you’ve shown here.

u guys just don t realise the potential for ur enemy to chop behind ur base ai is way ahed of u all.

Thanks, all! This is all helpful. I will make sure these discussion make it to the AI team.