Hi again, I encountered an AI issue in the PUP and thought I’d report:
The AI refused to gather any food late game. All villagers were on wood and coin. It also didn’t build any farms (the two it has were received from the Age upgrades and were never used). It gathered a lot of wood and only built estates. 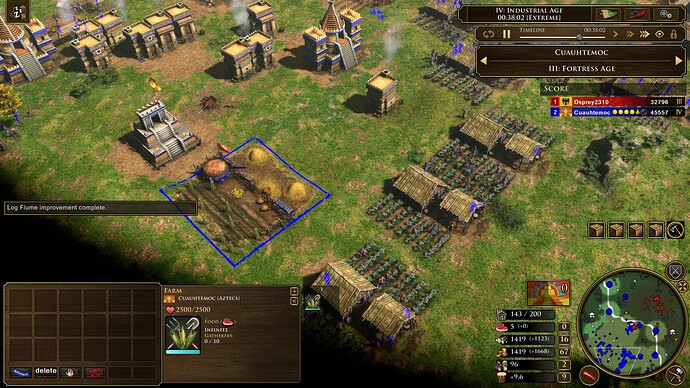 See picture… There are a lot of estates but no additional built farms. The existing farms are not used, even with 5 food in the stockpile. There are no more hunts in the map anymore. I’ve also attached the recording.

We’re already tracking this issue as discussed in another post