I was spectating an AI game on Islands, and it seems that the AI cannot send proper land attacks, sometimes they send a transport with only half of its capacity filled, but in their main island you can see that there’s a lot of soldiers laying around, without doing anything.

It also looks like the AI doesn’t want to use demo ships, but that’s another issue althogether. 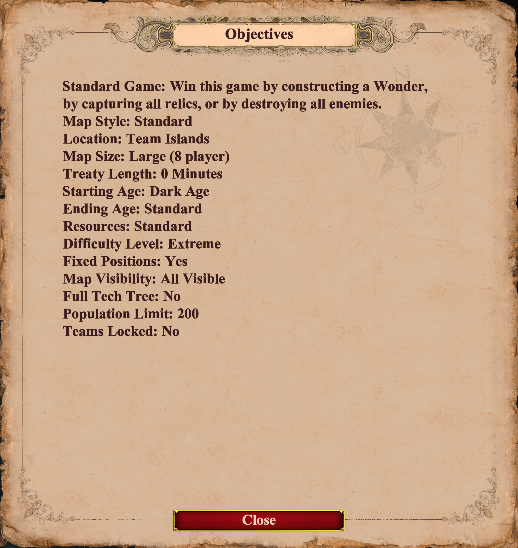 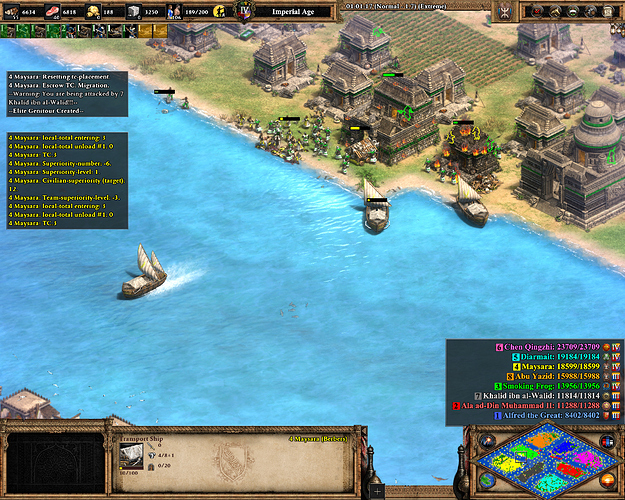 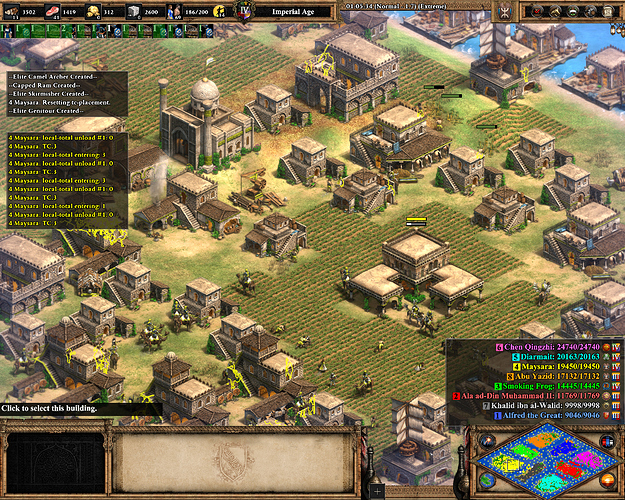 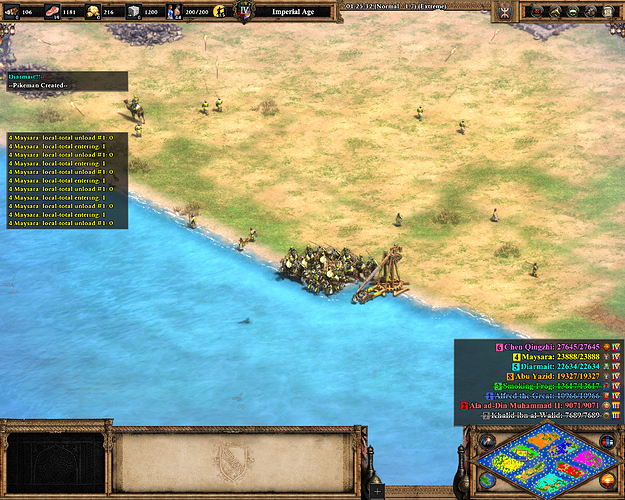 image1280×1024 908 KB
After some time, the yellow AI defeated the green opponent and sent over its villagers again, now they’re stuck trying to deposit the food somewhere, they didn’t place a mill or a TC, this doesn’t always happen, later that game, teal made a small base in blue’s island.

image1280×1024 927 KB
Another example of the AI refusing to send their troops to attack (they were loading and unloading troops in the same island).

Thank you for the great feedback StoneyKhan14558, it’s very helpful that you included these screenshots (even including AI debug chats) in addition to the settings and description!