I got Altai in four of my seven ranked matches, and looking at aoe4world, it occurs twice as often as other maps. (The three “hybrid” maps occur less often than the others, but they could easily be vetoed more often.) So it’s as if it’s included twice in the map pool. 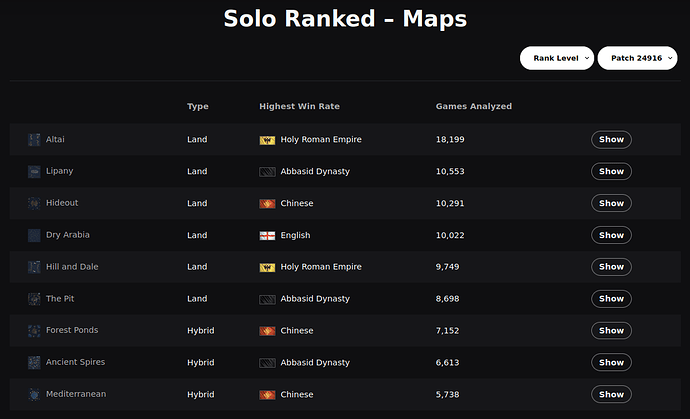 One thought is that Altai and Hideout are two of the “rotating” ranked maps this season, so maybe they intentionally added Altai twice because it won’t be available the whole season – but if that’s the case, then why wasn’t Hideout added twice too? Either way, something’s wrong. I don’t mind Altai, but I don’t like playing it so often, and I’d hate to have to veto it for that reason.

Thank you for reporting this @FavouredCrowd96! Ranked randomness is something the team will look into. Much appreciated!