Land and air units have line formation, it’s the default formation for all of them, naval units don’t have. Amphibian units also don’t have and currently I feel their amphibian nature a huge disadvantage on land maps. Devs in 2015 modified the pathfinding mechanics of naval units (land pathfindig was probably a better option) to create pathfinding mechanincs for amphibian units. The results: after release in 2016 they were unable go through farms, roads and they still can’t go through already destroyed buildings in 2023. And they also don’t have line formation: 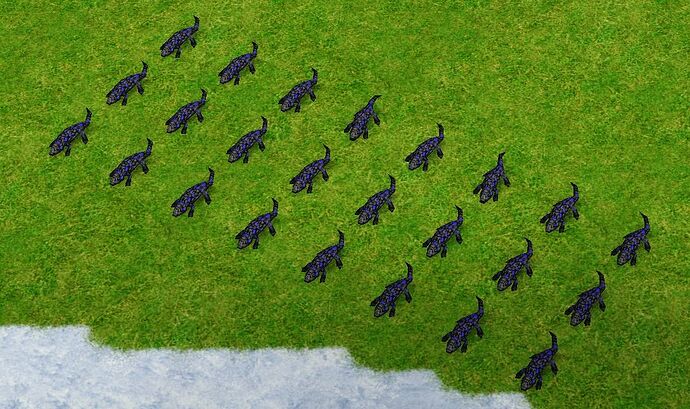 Salamander_spread1089×647 184 KB
I created a scenario where Azure Dragon and War Salamander have land movementtype instead of amphibian: 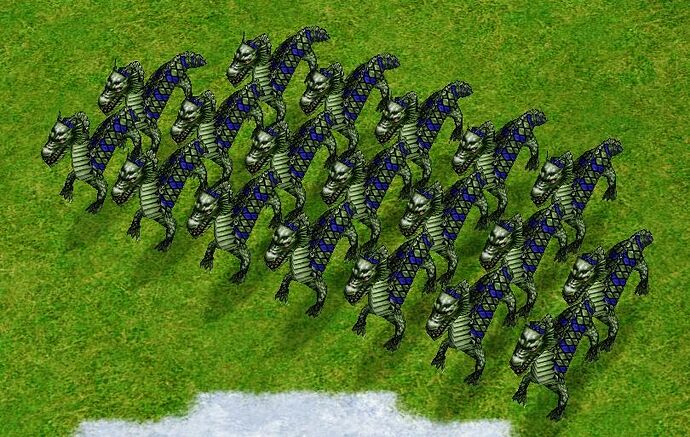 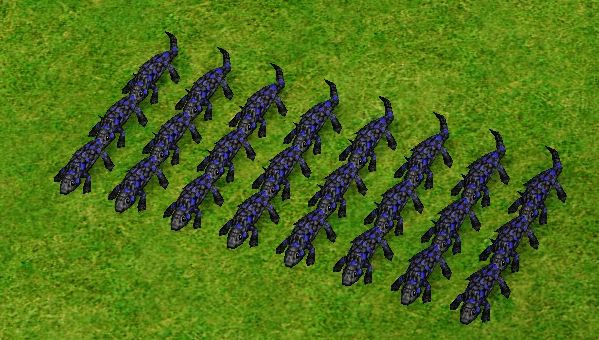 Line formation for these units would help a lot and maybe they should completely follow land units, when they are selected in a army instead of try to go somewhere alone.