Anyone Order a Pizza? achievement does not track/progress

DESCRIBE THE ISSUE IN DETAIL (below). LIMIT TO ONE BUG PER THREAD.
As the title says, Anyone Order a Pizza? achievement is not progressing or being tracked.
Tried to do the achievement in standard game mode vs bots (having bot allied as Italians), after that tried it with friends in standard mode again and lastly i followed guidelines found on the internet that worked for others.

What was SUPPOSED to happen if the bug you encountered were not present?
Anyone Order a Pizza? acievement should start being tracked in the achievements page on steam. 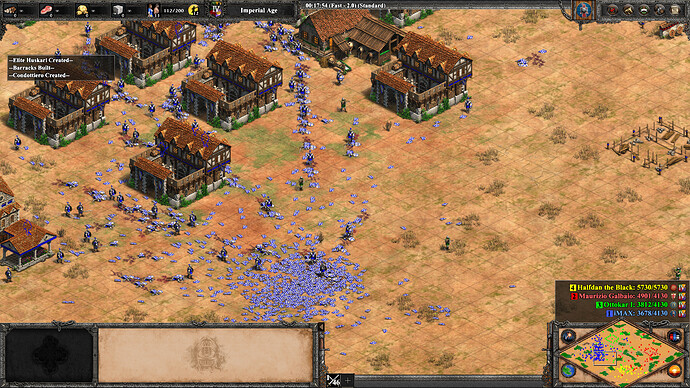 Attach a SAVE GAME (.aoe2spgame) or GAME RECORDING (.aoe2record) of the match where you encountered the issue. Link it below if using an external file service.
No recording needed.
*

I have the same bug when trying to complete this achievement. I bought 60+ Condottieri in the Dracula 5 mission from the Italian Mercenaries camp & the number stayed at pre-bug levels. I also tried to train 60 Condottieri on a RM skirmish with an Italian ally, still didn’t work…

This is a known issue and is being tracked. Thanks for the reports

Another issue (I don’t know if this is related?):

When allying with Potenza in Bari 2, the Byzantines don’t get Condottieri.

I haven’t checked either with Hautevilles 5, but if you ally with the City States (red), would that make you elligible for Condottieri as Sicilians?