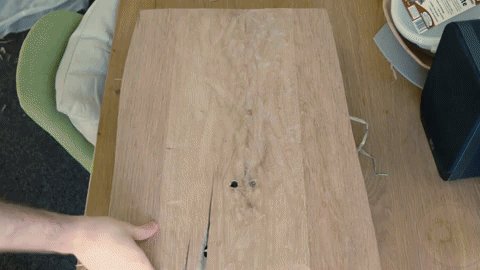 Crazy cool surprise in the mail today! Thanks @AgeOfEmpires so ready for Definitive Edition right now https://t.co/2kJiY94TcH
RadiatingBlade February 19, 2018, 1:08am #2

Another one in wood was gifted to Two Angry Gamers TV 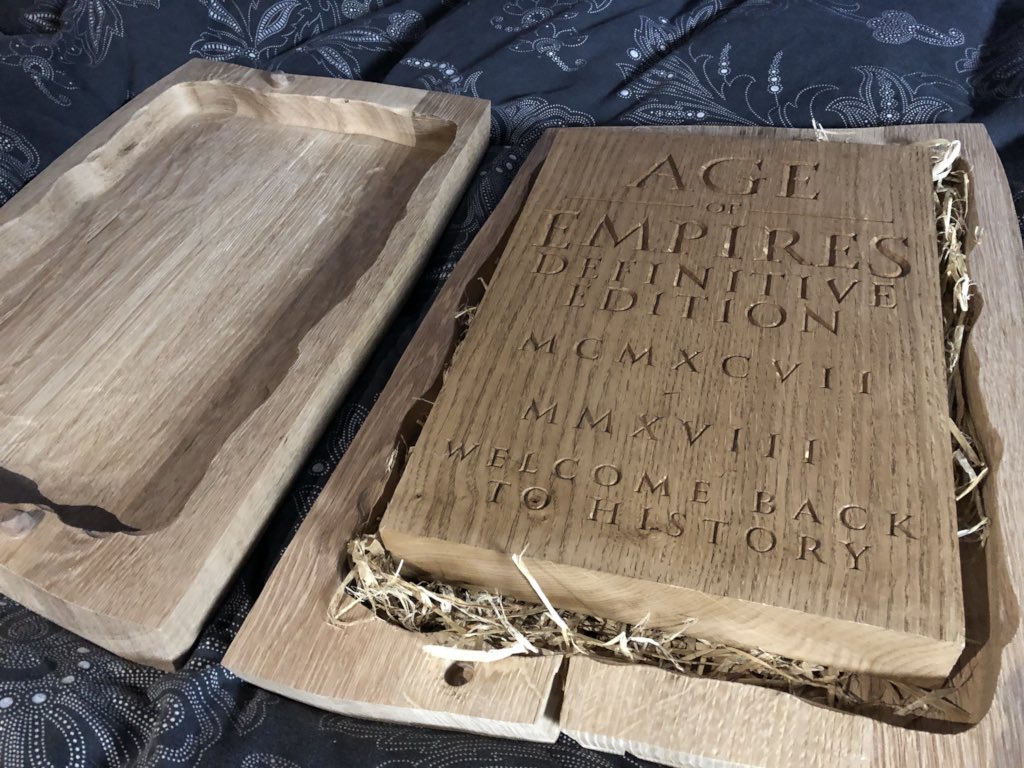 So earlier today a massive piece of wood got delivered... split it open to find a wooden tablet heralding the @AgeOfEmpires definitive edition (w/ cd key engraved on the back). Thanks @WindowsUK! #WOLOLO

554 Likes, 10 Comments - London Stone Carving (@londonstonecarving) on Instagram: “Weve been working on some plaques this week, comissioned by Dragonfly video services for the launch…”
XIVdarkdays February 19, 2018, 1:54am #3

OMG, I’m in love with those carved stones. A lot of years ago, I wanted a lot to have a carved stone just like the one in the intro of the original Age of Empires… lucky streamers…

So he’s captured an artifact…hold it for 2000 years to win! Actually you have to capture all of them, so that other one will need to be found

Beware, you will be under attack in a few hundred years as people look to take your artifact!

Looks like Liteworx filmed something with one of the stone tablets…

Only youtubers hmmm? Nice marketing department move. but don’t generate any for players or top, players even collectors.

They have created lots of unique promotional material. I got these from Cologne:-

On twitter they have a competition to win a PC and more importantly a unique case for it:-

A couple of guys in Cologne got full replica Corinthian helmets.

Weirdly I found this on ebay:-

I assumed it was a fan made mock up case, but there is a bar code on the back, will there be a physical edition after all?

@“Mystic Taboo” said:
Weirdly I found this on ebay:-

I assumed it was a fan made mock up case, but there is a bar code on the back, will there be a physical edition after all?

I haven’t seen anything in the states. It might only be available in Europe.

Edit:. Yep. If you look at the German announcement of the AoE:DE release date on Xbox News it says “For Germany there is a special Steelbook version of the Age of Empires in all Media Mrkt and Saturn stores.”

Why do zee Germans get a hardcopy and not the rest of us? Strange one!

Oh my god, these look awesome!

@“Mystic Taboo” But that twitter contest is only for US people if I remember correctly.

@dycaite said:
Posting so I can post my own topic.

You should at least try to contribute to the topic lol, it’s not that difficult. You don’t want to get caught out spamming 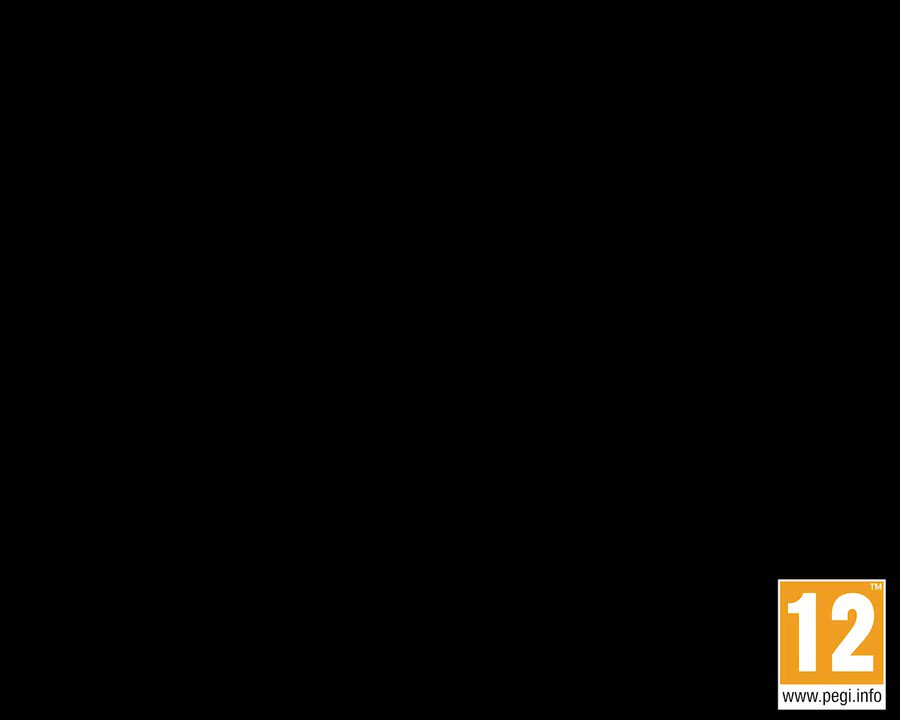 Today is the big day: you can finally Age-Up! This video recreates how we think digital product keys were made & distributed in the tools age. 😉😏 👇You can buy the game now here👇 https://t.co/gkMGSnKGnb @ageofEmpires @xboxUK @ZeroEmpires https://t.co/zRAhsxR5jU 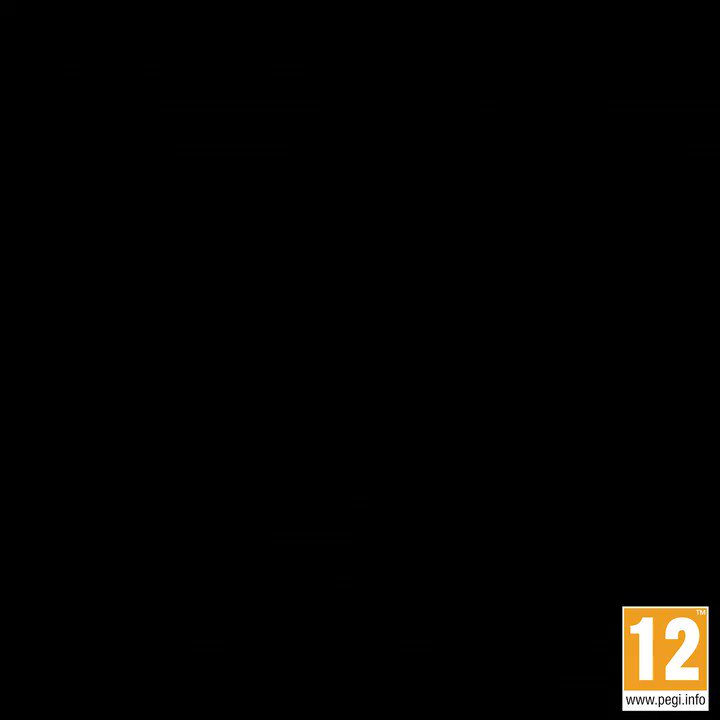 Today is the big day: you can finally Age-Up! In celebration see how we are 'carving' a new form of distributing games. 😏 👇You can buy the game now here👇 https://t.co/gkMGSnKGnb @ageofEmpires @xboxUK @2AngryGamers https://t.co/5kvaovAY4x
Principe_Persa February 21, 2018, 8:04pm #16

@“Mystic Taboo” said:
They have created lots of unique promotional material. I got these from Cologne:-

On twitter they have a competition to win a PC and more importantly a unique case for it:-

A couple of guys in Cologne got full replica Corinthian helmets.

I got somewhat annoyed that it is only for USA people this contest… What about the rest of fans around the globe that also care about the franchise (and kept it alive)?

I’m happy that European fans (which was most of people who could attend to Cologne) and AoE streamers (Zero did a great job on Cologne, along with the other streamers) received recognition and had a great celebration last year on Germany (everything looked so amazing!), but I can’t even buy official cool memorabilia like that if I want. Not that it is a priority or something that I really care… AoE:DE has other priorities right now, but I would be happy with the chance to get a mug like that on a simple sweepstakes/contest, not to mention the other freebies related to the game that were distributed on Cologne. I comprehend that we have the Wololo contest every month, but still…

Another question, about a topic mentioned on the forums several months ago:

Did someone on Microsoft/AoE developer’s team remembered about going after Vietnamese/Asian markets and give away some flashy stuff (like this amazing golden mug) to these players in order to promote the new DE? I can’t remember to see these top notch MP AoE players being targeted for the release (the currently most experienced AoE 1 MP scene on the world is over there, as far as I know), or even being called for the promotional streams of this game (I actually couldn’t watch the stream made in the beginning of this week). Pardon my ignorance if I missed something.

But anyway, just my two cents regarding this subject.