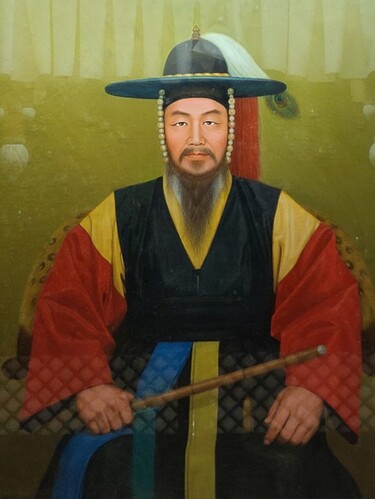 AOE2 Korean Admiral Yi-Soon_Sin portrait has to be changed to this.

No, all portraits are weird and in the same style, it is a conscious decision, and adds character to the game.

A lot of the potraits in AoK, AoC, and HD are absolutely terrible. Look at Joan in AoK compared to DE, and there are other examples such as the petard, William Wallace and Sieur De Metz. And a lot of people complain about the DE voice acting too, though the original voice actors were better in some cases they were all based on stereotypes.

Not only him. A year ago I mentioned the portrait of Henry V. Why Richard the Lionhearted looks good and other characters like Henry V looks awful?

There is maps can be named as “cursed” on campaigns. Not just founder of Turtle Ship’s portrait. Don’t care these much if a player wants to research information about a campaign he had seen. He can find good information on the internet.

It’s Admiral Yi-Sun Shin and could you include the current potrait for comparison? And calling him Korean dirctly is a bit racist.