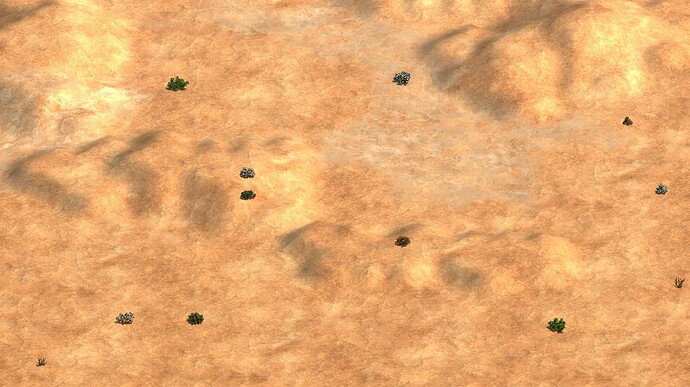 Well, at least we have good old Arabia…

Looks fine to me*

They did promise an update in April when they re-enabled the Women of history event last week, but told it nowhere else afaik. Someone pls brief MS’ communication team 11

Well, at least we have good old Arabia…

No, right now we have a slight modification of KotD4 Arabia, not the good old Arabia.

not the good old Arabia.

i think thats part of the joke

I miss the good old Arabia ;_;

Yeah I think Devs made the decision to make arabia the full meta map some people demanded all the time…
Sadge
I hopte they just figure out the real point why this happened is that Castle Age is a too big powerspike for it’s investment. I personally would like to see the research time raised by 20-30 seconds so feudal agression has more time to pay off.
Imo devs just need to listen to the casters when they say “drush is only for delay” and come to the conclusion if that little delay can make such a big difference to allow for a faster castle timing, then it would probably be an idea to just give the feudal agression a bit more time.

I am not sure if it is a good idea to make arabia the full feudal meta rush play map. IMO then people only play meta there and then get bored because it’s always meta v meta. I think it would be a better idea to make another new map for meta grinders if they are so fixated on it. Because if they get bored they still can just come back to Arabia.
But it’s the devs decision, not mine.

i don’t like the thin woodlines that every archer can attack, it gives too much power to archer rush. Personally I prefer the old woodlines xD And i go archers 90% of the matches.

Kinda fake news, feeds the common misconception that Arabia back in AOK/AOC/Voobly was more deserted, which is not true, woodlines had up to 130 trees. Now we have less than half, but okay. This video from Ornlu shows the difference between the Arabias really well. Brings back tons of memories too

Yup, the current map we have and the map we used to have for 20 years are competely different, though developers are cool with that, so sadly it won’t change.

And most of the people are fairly ok with that, it’s just you who complains at every possible opportunity.

He’s not the only one though. I don’t think I’m bad at archer rushing, but I get tired of it’s dominance on lingerie woodlines.

That probably goes back to my 2001 8 year old love affair with Teutons. And now I have children, lol. This is an old man community,

I think it needs an improvement, but his insistence on needing the highly unbalanced AoC Arabia back is super annoying.