Someone on Reddit posted this image of an AoE3 content creator hinting at some sort of announcement coming at AoE2 tournament Red Bull Wololo 5 taking place this week. 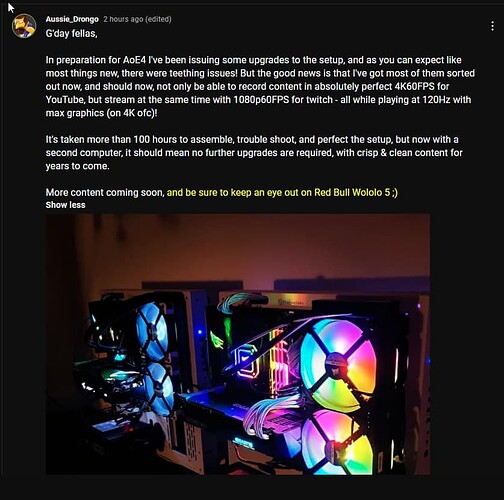 I just hope it won’t be anything less than a beta announcement. Though it might also be some sort of show match. So far they’ve seemed to announce stuff that’s a bit below the excitement level, so I wouldn’t rule this out.