AOE2 has long been my favourite game of all time. Over the years I’ve come up with various concepts of what I would like to see in the ultimate RTS. A lot of these concepts involve a considerable amount of complexity and micromanagement. I know this is not for everyone. I propose a game type dedicated to those who enjoy greater complexity, micromanagement, and city building. These will invariably be longer games. This is my concept on religion. I hope AOE4 includes some of these.

Religion was of no real signifiance in AOE2. You built a monastery and had a monk who could heal, convert, and move around relics. During the Middle Ages in Europe, religion was of huge signifiance. Countless wars were thought in the name of religion and it effected everyones lives; from peasants, to soldiers, to royalty. How can this be portrayed in a game?

I’ll use Christanity as an example for how this would work:

Any comments or thoughts appreciated.

In Age of Mythology, faith is a resource which can be used to train certain units. Each civ has a different way of harvesting faith: dedicate villagers to temples, fight, build structures, etc.
In Starcraft 2 co-op campaigns, there are certain commanders with abilities to harvest resources other than mineral and gas. Abathur/Dehaka can harvest bio mass/essence by killing enemy units, Karax can harvest solar energy using a special building, Mengsk can harvest support by setting up a special unit.

To do something similar, give the monks an ability to be “set up”. It becomes fixed in its current location, and starts to gather faith where the gathering rate depends on the number of your own units within a certain radius of the monk. Each unit will be counted once even if you set up multiple monks.

This way you have a rare resource that is faith, and you can spend it on some special units or upgrades. Maybe some highly situational support/defense unit to avoid it being abused.

Or, religions could be depicted like “cards” which give advantages and disadvantages, with faith as a “resource”. Like this: 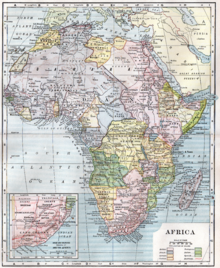 The history of external colonisation of Africa can be dated from ancient, medieval, or modern history, depending on how the term colonisation is defined. In popular parlance, discussions of colonialism in Africa usually focus on the European conquests of the New Imperialism and the Scramble for Africa (1884-1914) era, followed by gradual decolonisation. The principal powers involved in the modern colonisation of Africa are Britain, France, Germany, Portugal, and Italy. In nearly all African cou...

I am not myself very knowledge-able within the field of Religion, however, I do like how the hierarchy and documented influence is supporting these units on a historical level.

For AoE IV input,
Assuming a 15-40 min game, having such -many- hierarchies until armies can be shipped is both mind-draining, multi-task draining and a delay to any civs direct influence.

I like your ‘Cathedral’ theme, as a means beyond church to use improved Religious units/tech/boosts.

If ‘Religious Seats’ could exist on maps, wherein the field; a civ can build a local Post; grants/further adds that religions units as extra Pop max. (Similar to how Native Posts works in AoE3).

And again a highly interestingt idea by you. I dont’t want AoE4 to go as far as AoM but I think more religion is very good and giving another important dimension to the game.

For every church you build, the Papal state will request ongoing tribute from you. It is not mandatory to pay this tribute.

I got a strong feeling that you like diplomacy games. By the way, they could use some more depth themselves. As you already said in your introduction I think your concept is to complex for the normal AoE Game but would be an interestingt addon/mod for long diplomacy games. The problem is that your mental ressources as player are limited and working on this concept of religion woud require nearly an equal amount of attention as managing your economy which is to much from my point of view.

When player wants to advance to the second age, a “religious leader” is chosen

I love the idea of not being tied to the historically correct religion. It lets you adapt to the civ of your opponent to get rid of structural civ disadvantages which could occur in certain matchups.

Advantage can be slightly increased by building a “religious structure” (church for Christians, mosque for Islam, and so on): the more you build, the more “faith” increases.

What about reliques? They could increase the bonus as well. Or (like @AuroraStardaze said) conquering certain “spiritual points” on the map or placing your religious building there (like the tradeposts in AoE3).

For AoE IV input,
Assuming a 15-40 min game, having such -many- hierarchies until armies can be shipped is both mind-draining, multi-task draining and a delay to any civs direct influence.

Depends on how long a game you want. If you only want 15-40 minute games I don’t think the concept would really work. I was more thinking multi-hour games. I think it would add something fresh over a longer game. Something you can put focus on for a little between working on your town and battling it out etc.

I got a strong feeling that you like diplomacy games. By the way, they could use some more depth themselves. As you already said in your introduction I think your concept is to complex for the normal AoE Game but would be an interestingt addon/mod for long diplomacy games. The problem is that your mental ressources as player are limited and working on this concept of religion woud require nearly an equal amount of attention as managing your economy which is to much from my point of view.

I think there is a huge scope for advanced diplomacy in AOE4. Think along the lines of vassal states, baronages, principalities, and multi-tiered empires. I wont get into that here.

I know where you’re coming from and agree that in a short game that may be the case. It could be rectified with an automated or otherwise simplified process.

I don’t think it would ever amount to needing an equal amount of attention as your economy. With my concept, once priests and bishops are assigned to a building, they are essentially automated in doing their rounds. Its would only be missionaries and warrior bishops you would move around manually.

One way to make the process simplified would be on screen reminders. Say your bishop has upgraded to archbishop. You get an on screen notification. You can click on the notification and with one click return him home. That or he automatically returns home after the upgrade. There would be ways to streamline the concept.

Nice post…these types of post should be up. Lot more ideas, less complaining, and fighting!

let’s just hope they remember to use a capital ‘G’ for ‘God’.

Please do not bump topics per the forum code of conduct.