AoE4 Gameplay. Is it possible to bring it up to date and keep people happy?

AoE4 Gameplay. Is it possible to bring it up to date and keep people happy?

One thing we all did probably notice,
people do not like the gameplay of many RTS games, Especcialy new ones.
and are either bored by the gameplay or completely overwhelmed.

RTS designers are not good by this task,
Its either Dark souls or you are indestructible and one hit kill every enemy.

To create a good game, you require a certain balance between the tasks,
while the player needs something to do, it shouldn’t be too much repetitive and feel like chores.
In same time developers want to make the game for everybody, do make it too simple,
so people who are used to play RTS games are in the end bored.

Is it really so hard to figure out how to make an RTS fun and for everybody?

So if both task do contradict each other so extreme, why not simply make 2 gameplays or more?

I really don’t understand the problem there,

-changeable game speed, was a standard option in any RTS like Total War, Cossacks, Starcraft, Supreme Commander, C&C, Total Annihilation, Age of Empires and Warcraft,
but today they don’t even know what that is. You know make game faster or slower.

-unit limit, the original idea with just 50 by AoE1 was for the casuals.

-cheat codes, I mean cmon do you really think majority did finish Starcraft, Age of Empires and Warcraft 2 Story mode without to cheat with money and immortal cheats?
I did find the car in AoE2 very funny.

-Adjustable Ages, I mean as i started to play AoE, I did play most of time in Stone Age.

And many more creative stuff, sadly games today have budget for only 1 game mode, with no adjustments for it.

Hm, I might be misunderstanding, but I think you are on to something.

Ex. If one Gameplay involved players in a 3d visual structure to place, train, organize, direct and manage an economy of a settlement in competition of resources, land and tech-power (which is how I simplify AoE).
And then another gameplay; ‘AoE Risk: where you operate settlements under your Civ (without having to enter the settlement). These settlements age, muster, fortify, gets raided, wrecked, conquered, based on competitive actions etc as you try to take over the world through your AoE Civ. the player, conversates, wages war & partnerships, distributes empire troops etc.
Or would ‘Risk’ be defined as a mod in this scenario?

//
The idea to reuse unit types and info tabs and settings, color themes, server access etc but with various game-plays, sounds like a diverse playform for players to return to, who enjoys the game’s theme.
// you’d probably need to outsource such a gameproject between various experienced gamemodders under strict requirements and guidelines…

Sorry to say, but I’m confused by your post. AoE franchise already does most or all those things. So, what are you proposing that would actually be new to the AoE franchise? Or are you just trying to say AoE4 should just stick to its AoE roots and be careful to not do what other RTS games do?

AoE2 has all of it, but not the franchise like AoE Online.

Modern games kind of merely have one “widely inconsistent” gameplay stitched together
and lack a lot features people used to consider self-evident.

I mean by modern game it kind of doesn’t matter what you pick in options and settings, you are still going to experience pretty much same game as by your previous play-trough. I have seen people to complain about that every where every time. But still the very first stitched together build goes out as the finished product. By Modern standards creating lots moving objects that have to move to one location on the map does qualify as a game. Somehow Developers are simply not aware what people actually want from a Strategy genre. And that I do see as the main problem.

There is simply no second thought, if the creation is entertaining.

I really wonder, why most of them did loose ability to make those games good, just compare 1999 Tiberian Sun vs Modern day counterpart like 2018 Forged Battalion 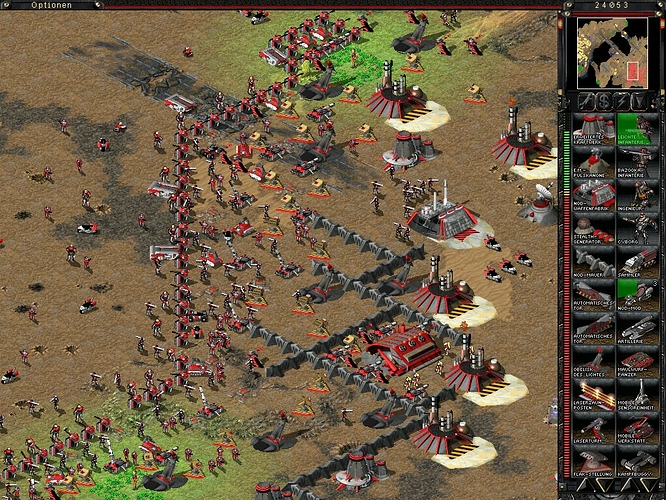 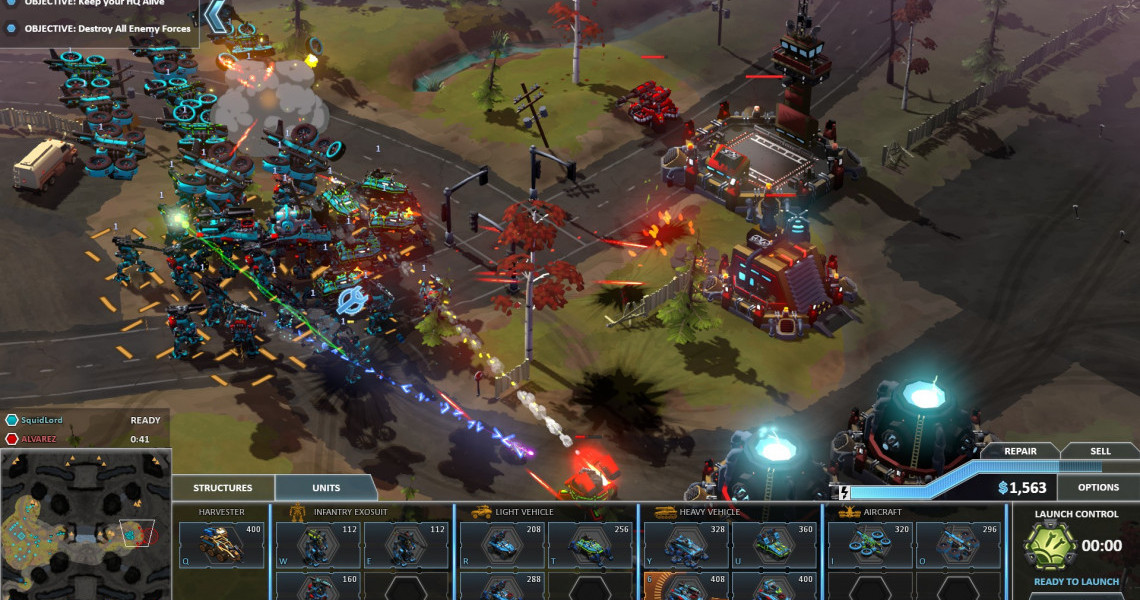 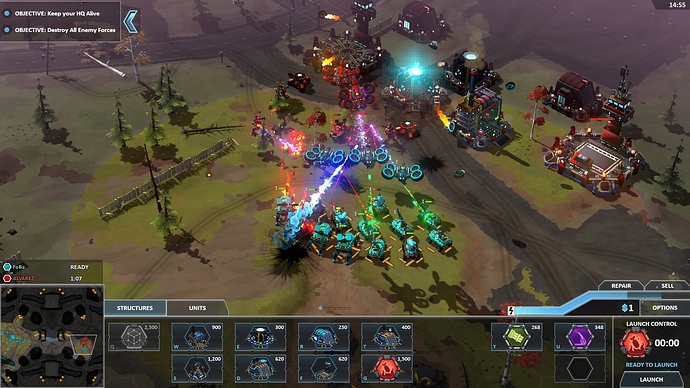 -the entire UI is a mess, the older game has a very clear depiction of essential information, while by new one it is all over the screen, even energy bar is a mess, as by old system its clear red/yellow/green colours, here by new its blue in blue.

-next big problem, unit and buildings locations, in the older game its very clear what unit is what, by new game you can barely tell them apart as they look extremely same, add more blurry colours once units move in blobs and you can’t tell what is where.

-economy and base build is a big mess, as by old game you have a very good economy system for build more and more, by new one you are simply bored as it is nonredeemable simplified, so the game is much more limited what can be obtained.

-another big problem the strategy of the game is a big downgrade
in old game soldiers, tanks and air units were clearly different in their behavior
old game tank can kill soldiers by simply drive over, air units do make huge damage but need to get back to base to get new ammo

There are dozens of similar constellations by new vs old games.
Why are they not able to see flaws in their projects ?

So does anyone know so far if AoE4 will have drop-off buildings for resources(like AoE1 and 2) or is it going to be like AoE3?

They showed it in aoe4 behind the scenes video.
Open the video and look at this villager (in 1:54)

The CnC remaster is already underway. Being both the first game and red alert. So, we are going to see a new one.

That is the new one, might as well be a new game with how much they’re improving it.

And maybe it will be a remaster similar to “wc3 reforged”

Nope, check the command and conquer reddit. That’s where all the news has been posted. The studio behind it are also Petroglyph. They were created by original people behind the earlier C&C games.

Safe to say, we’re living in a year where EA and Microsoft will make a better RTS than Blizzard did.

Yeah that’s fair to say. I think AoE 4 will turn out well. I get the feeling that Microsoft is approaching it in a way similar to how Blizzard did Starcraft 2. If they can create a better atmosphere for competitive players, it can also tend to help the situation with casual players.

This can also be somewhat shown by the support of microsoft adding the Art of War section, helping new players learn more important aspects to starting out in more competitive scenarios in AoE2. People want a new setting, but I think the best way is to build up from AoE2 into a 3d world and create it into a more pleasing experience of the second game.

EDIT: Oh I just watched the video and the villager is carrying wood back to what it seems to be a drop-off building. I’m so happy now lol!

Just because there is an animation of a worker gathering, doesn’t mean he is free to do what is needed.

Problem with this more simple designs from third installations, means your economy is extremely limited. You can not simply go ahead and mine stone where you want it with lots of workers to do it faster.
You have to first take the territory and build the building so it does have like 3 places for workers. You cant assign there more. 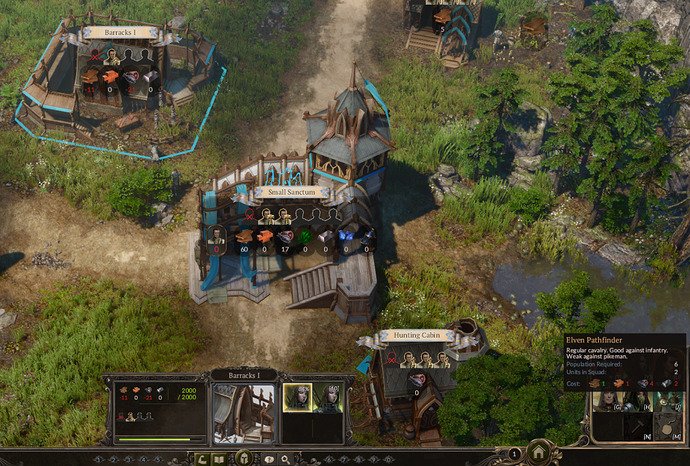 I really don’t understand why a developer “except lack of technical skill and know-how issues”, would go ahead and mess up so extreme his game.

Yeah that’s fair to say. I think AoE 4 will turn out well. I get the feeling that Microsoft is approaching it in a way similar to how Blizzard did Starcraft 2. If they can create a better atmosphere for competitive players, it can also tend to help the situation with casual players.

Problem is, every part of the team assigned to AoE4, managed to make the worst installations for each once respected franchises. Just check their own official trailer for those games, that are definition of the worst RTS games ever.

Nope, check the command and conquer reddit. That’s where all the news has been posted. The studio behind it are also Petroglyph. They were created by original people behind the earlier C&C games.

Safe to say, we’re living in a year where EA and Microsoft will make a better RTS than Blizzard did.

And why shouldn’t there be the same thing as usual?
Where they make wrong design choices and release the games too early unfinished?

–and worst of all the gameplay was extremely simplified

What is today different?