How come not many custom games? It seems the player count is extremely low or they designed it so you can only see a limited amount of games?

I go to custom games and there are always less than 12.

Is this game dead?

You don’t see all the (running) games there are.
You can check out the playercount on steamdb for example. The game is far from being dead.

However prime time seems to be around 3pm UK time.

There’s an insane percentage of people only playing single player, keep that in mind.

The game has a actively number estimated at around 60.000 to 90.000 at all times.
Dead? … if so almost all the games currently in existence is dead… except the few mega-games.

So the short answer is no, it’s not dead

His question is valid because we do not see that many lobbies. I personally believe that its because:

a) Most players stick to single-player games / campaigns, especially at the beginning;
b) Multiplayer mostly done via the quick search.

Whilst Lobbies/Custom games were more common on previous AoE games, AoE4 still doesnt offer that many options in terms of customizations to the settings.

**
A game can be “dead” multiplayer-wise and have a great single-player playerbase.

There is no real reason to go for custom games now because you cant really customise them that much. Apart from playing with friends, people in custom games like to pick things like bigger pop limit, modded maps, different victory conditions, treaty, diplomacy etc

I noticed there are few custom games showing, but usually when I refresh the ones that were showing are full and gone and new ones appear.

42677 players have played at least 10 custom games against other players according to
https://www.ageofempires.com/stats/ageiv/

A week after release with regularly > 50k viewers on twitch and u asking “isded”. Damn u guys are fast haha

Custom games fill up insanely fast , that’s why you won’t see alot in the lobby 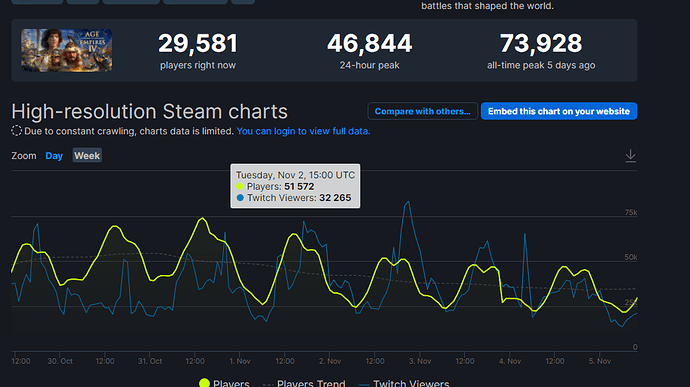 Current players on Steam. I am curious how the weekend will go. 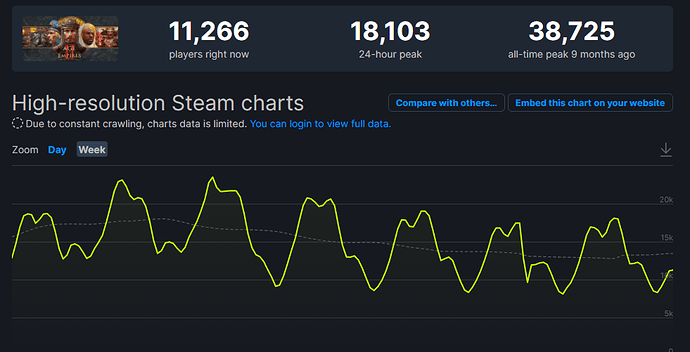 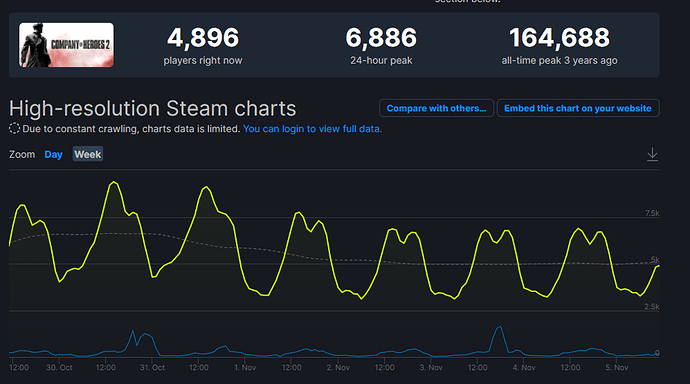 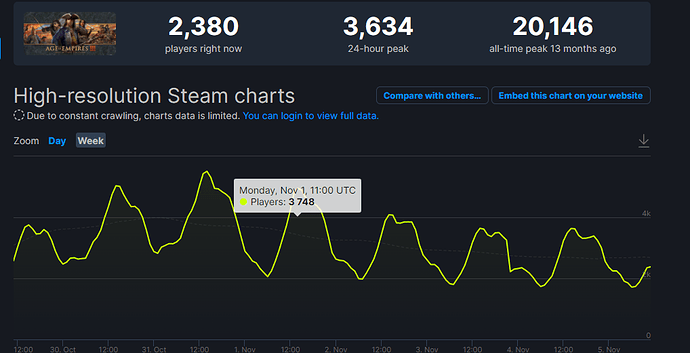 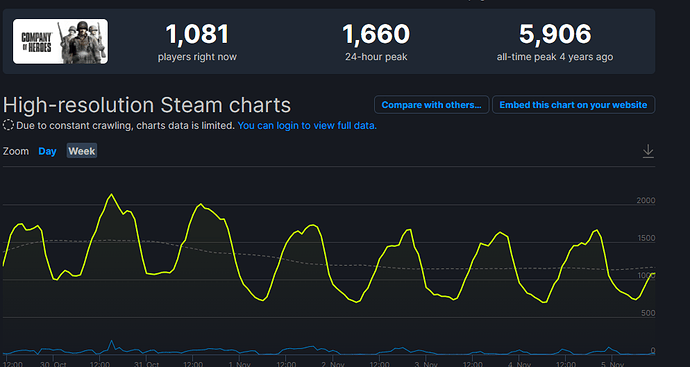 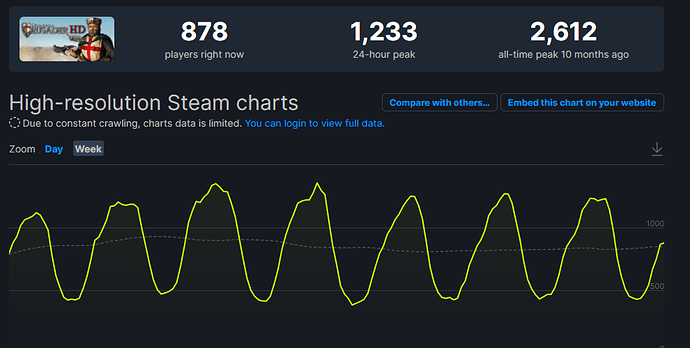 SC2
No official numbers available, estimates vary somewhat between 50K on the low end to 500K on the high end…

Dont know, any other RTS which are still alive by any means which come to mind?

Also this is NOT taking all the Gamepass Players into account which also should be quiet a lot.

So yeah, far from dead in relation - But as mentioned before, lots of Campain Solo Players. In order to stay alive gotta look how it looks in 4-8 weeks.

My guy, you will never play with 48k people in your entire life.

What matters most is if you are able to play multiplayer matches.
Thats it.

I plan to play multiplayer after I finish the campaigns (about 60% done now). Maybe others have the same plan.

This game uses a linear campaign so it is expected to lose a lot of players after they finishes the campaign, game like total war offers a dynamic camapign so it has a lot of players retention… This game is lacking single player experience.

I dont know. Got home early and quick match didnt´t match me for 9 minutes. I live in EU and it was around 15.30-16.00? Then I decided to try custom games, 0 lobbies. I was wtf, there is always so many different, not hundreds but you can scroll you know. Then 1 appeard1 no pro lobby, not for me sadly. Decided to look into observe match, 5? games was on? Dear big google didn´t mention any issues or smth like that when i tried to look it up. And after a while returning to custom lobbies this “no pro” guy was still waiting…

the main problem is when players are about to play they break something else. The devs never allow players to play, they love breaking stuff.

I never played the Total War campaign until its end.

I hate the waiting time when I click the next turn. It is such a big turn-off since it wastes the precious time I have. So I ended up creating my own scenarios instead. And that way the game was much more fun without waste of time.