How to beat this ridiculous unit? I played as cumans in a 4v4 fortress game and a guy destroyed all of the team castles and town center with 30 arambai. I couldn’t counter them in any way, they just move from base to base and destroy stone walls in 3 shots and then kill every tc and castle. They kill kipchaks and fu paladins easily. Even some 20 paladins die in 20 seconds. They are fast and their hp is so high for such a unit. I think only way to deal with them is 60-70 fu arbalest

They are strong but not invincible, look at their poor armor, best way is to destroy the castles.
and remember a Nili’s quote: “If you think something is unbalanced and impossible to counter, just make that thing everytime until you know a counter”.

Next time you could pick Burmese and avenge your lose.
And you can also consider the Berbers since their UUs counter the Arambais.

I do agree that Arambais could be nerfed a bit.

They are ridiculously broken for Arena/Fortess TGs.

In my experience you should drop a castle or two if you want to survive or siege workshop with 6 scorpions. Guard Towers could work as well with a second layer of wall. If you wanna micro vs them you should never let them close, they will eat you, because the “missed” shots deal 10 damage. You should use staggered formation. Ranged units can work versus them in post imp, but the Burmese player can easily use his mobility vs Arbalest. But Kipchaks should always dominate vs Arambai, because Kipchaks can easily outmicro Arambais. The only situation where Arambais can beat Kipchaks is early Castle Age where the Burmese player has more numbers.

I think arambai should not be capable of destroying a gate in 4 seconds. Maybe, their attack against buildings should not be so high. I can destroy gates and walls faster than siege.

You need ranged units with ballistics and a castle (maybe densely placed TCs could help), so that Burmese player can’t just freely destoy buildings and is forced to fight your army under defensive structures.

They are strong but not invincible, look at their poor armor, best way is to destroy the castles.
and remember a Nili’s quote: “If you think something is unbalanced and impossible to counter, just make that thing everytime until you know a counter”.

Next time you could pick Burmese and avenge your lose.
And you can also consider the Berbers since their UUs counter the Arambais.

I do agree that Arambais could be nerfed a bit.

Destoying castle is hardly an option in castle age, where arambai are the strongest.

remember a Nili’s quote: “If you think something is unbalanced and impossible to counter, just make that thing everytime until you know a counter”

There are some people who feel it’s unsporting to choose an OP option in a game, so they get annoyed when others don’t share that sense of good sportsmanship. I can see their point of view, but personally I think it’s best to ruthlessly go for the meta, and if that means everyone is making the same choices, it will become obvious to the devs from the stats and can be fixed in a balance change.

the funny thing is that they throw darts, darts with a lot of damage against buildings.

i mean the game sacrificies a lot of realism. how is it that cavalry can’t just run over soldiers?
how come archers can reload while moving?
how come swords do extra damage to buildings?

In the same sense why can swords damage vs structures or why Gunpowder bullets from arquebus can damage walls?

Wooden houses and structures can be broken with metal weapons easy, sword > most medieval structures, same blowing houses with hand cannons, their were not bullets boy they were heavy iron balls.

But darts breaking buildings like if they were grenades 11 is beyond that, arambai already destroys buildings faster than the supposed anti building UU (tarkan), and tarkan has a torch, arambai should gain -17 vs buildings, their UT should be changed to something else, without it melting buildings the unit can be properly countered in time.

Wooden houses and structures can be broken with metal weapons easy

I think you should try chopping wood irl…

Well all the wood used in houses was chopped using metal axes, or saws. So it definitely is doable.
A knight still needs 90 hits to destroy a house. With a decent sword that is not exactly impossible.

Kipchaks win the fight against Arambai. You should be in a better position. Arambai counter Knights and destroy buildings

Dry wood is easy to break and cut, not fresh wood, jesus man, most feudal structures were easy to destroy since they were all lacking of foundations, metal structures, concrete, only stone buildings were tough but weak to fire since wood was used to give shape to the structure.

Now, AoE has nothing to do with realism and it’s perfectly fine to have people hitting with swords and set buildings on fire.

That said, if you think that you can just wreck a wooden building with a sword in minutes, you clearly don’t know what you are saying. Proper wood is very sturdy and swords are not the proper tool to cut through a wooden beam. It’s already a lot of effort with a saw or an axe, which again, you would know if you ever had to cut down a tree.

yeah whatever you said, seems you know nothing about how old raidings were and how to destroy things, you have this picture of a guy with a tiny sword trying to cut a 2m diameter wood/stone solid structure, so for you a dart has all the right to obliterate buildings in this imaginary game.

The problem is every opponent on the enemy team will have to do a slow defensive build order while the Arambai’s teammates can boom up. That unit has too much sway on the entire map.
I played a game where me and my flank Castled up to prevent Arambai death but he moved on to the other pocket on our team. 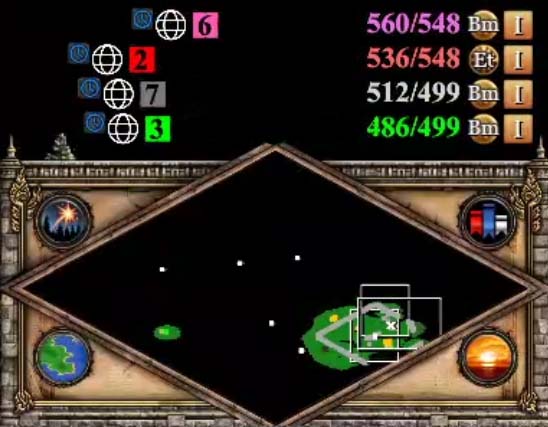 thats not good enough, we need to see 4 burmese

How to beat this ridiculous unit?

In the early Castle Age, put military and aggression over economy like the Burmese player, and go for fast Ballistics and Crossbows. Arambai pierce armor is low, and their range is worse. Early Arambai will lose hard to about 20 kiting Ballistic Crossbows. And although you’re both using early aggression, if you can defeat the initial Arambai push while still adding to your economy, then your economy should be stronger than the Burmese’s for a while. Because the Burmese player is spending far more resources in military than you with their 2 Castle Arambai production.