Are we allowed to use bots in ranked? 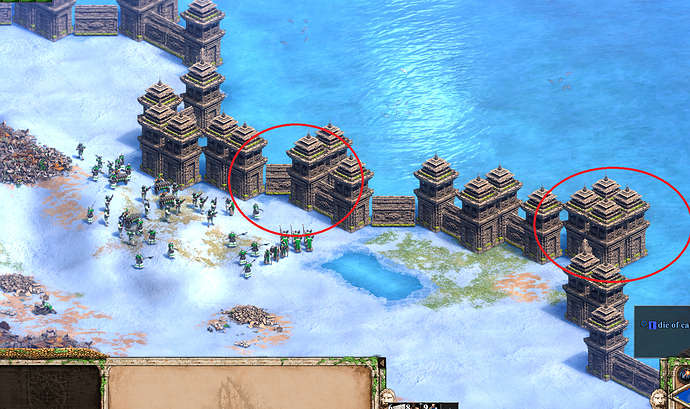 image1559×925 987 KB
to me it looks like AI did this, the opponent walled off their island, but looking at the walls it looks way too much like a bot laid them then a human, something along the lines of “lay wall on shore”

You can see where the wall is double for no reason, or cuts back on itself for no reason. i cant imagine a human wouldve laid it like this, nevermind the time it wouldve taken to get every single curve of the land… and this repeats for 50% of the island

on a side note, always a “joy” seeing the names people choose for themselves… 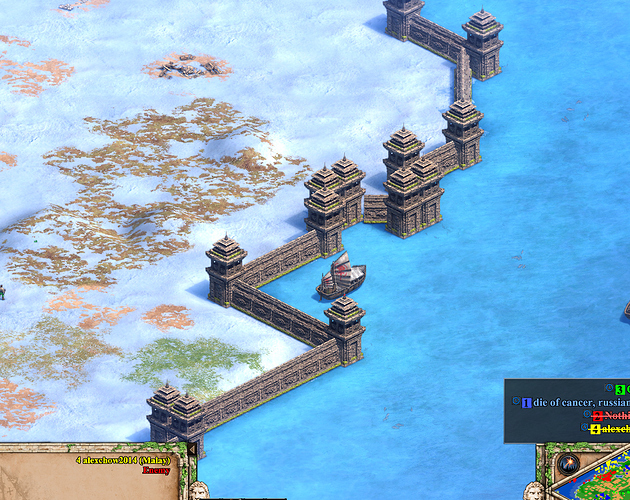 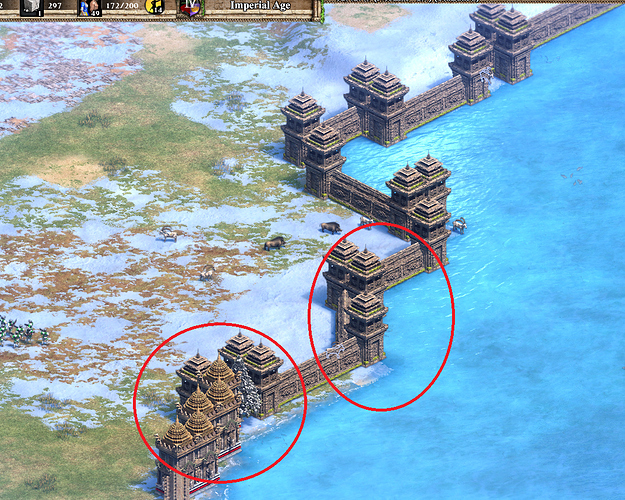 alll of this screams bot… look at the right hand circle, why would a human make the wall go out into the sea by 1 block, then back in again, then across, out by 1 block…

There’s no way to make an Aoe2 AI wall precisely around the coasts like that. That was surely a human player. It’s difficult to be precise when placing walls, especially around the coast like that. The places you have circled are just a human who clicked to place walls and didn’t care about how precise they were. Here’s an old video where someone tries the “wall off the entire coast” strategy vs the AI: https://youtu.be/46lok-sC7So. Getting all of the wall pieces in the right places precisely isn’t very easy.

Given that you can queue-command workers to do pretty much everything, this isn’t that much of work that you thought to be. You’re just kinda easily impressionable. xD

always a “joy” seeing the names people choose for themselves

Yes, but be careful sharing player names on the forums without their permission, that can be a violation to the rules.

That’s just quite it. You don’t understand, you conspire a bit.

My walls sometimes look like that even on plain ground because I think there’s a bug with wall building sometimes. I’ve had a few instance where I try to close a gap or place a gate and instead of it tacking onto pre-existing wall or layering it beautifully next to or along with a section of wall I created earlier, it plants wall pieces and sections in weird ways, reminiscent of that wall you circled on the right, but often worse. When that happens, I try to close gaps in any way I can and layer walls in hopes I’ve made a tight seal… because, visually, it’s tough to see because of the uncooperative game.

And also, in that circled image, the player could have just been making sure all the holes were closed, since sometimes certain camera angles or trees get in the way of an airtight seal.

Human…to me. Ask for close this topic.

So are we? No one said we can’t, so therefore we may?

No you are not allowed, and using any kind of bot would interfere with the in-game anticheat.

Stop spam this. This second post by you about same question