Basically a unit that has similar armor as a Teutonic Knight, similar HP, and moves at a similar speed. But has the same attack stats of a halberdier. Would you like such a unit to exist? Note, they cost gold and food. What cost of such a unit would make it somewhat fair?

It’s role as a unit: it can tank vs cavalry and dish out lots of damage at the same time. While been extremely vulnerable to archers due to the slow speed. Militia are a good counter as well, due to the poor damage the Armoured Pikeman does back to them.

There is the Heavy Pikeman in the Editor, though it is not as armoured as it sounds.

It pretty weak. Good for scenarios and mods. You can edit their stats and make them build-able.

To be honest, it is a little disappointing that the Pikeman becomes the Halberdier, in this game.

In reality, teh Halberd never replaced the Pike, it was a complimentary weapon, to ward off infantry that got too close, beneath the Pike’s reach.

It was massively used by naval Infantry, however, since Pikes are not practical on ships.

An Armoured Pikeman, a Maceman/Foot Knights, and a Poleaxeman are missing option in this game.

Well that unit kind of already exists.
Kamayuk have more HP/armour compared to a pikeman. And they are really good against cavalry when massed.

In-Game Pikeman is not even pikeman. Weapon he has is not a pike, its a glaive.

It is a Bill, actually. Maybe the Billman shouyld have been the Britons secondary UU?

The bill is a polearm weapon used by infantry in medieval Europe. The bill is similar in size, function and appearance to the halberd, differing mainly in the hooked blade form. Other terms for the bill include English bill, bill hook or bill-guisarme. Derived originally from the agricultural billhook, the bill consisted of a hooked chopping blade with several pointed projections mounted on a staff. The end of the cutting blade curves forward to form a hook, which is the bill's distinguishing ch...

The hook at the back is characteristic of Bills/Guisarme and Halberds. The Pikeman in the game is an English Billman, since english Bills had a shorter, broader head without the piercing front spike.

The article I put up explains the difference.

I am sorry you do not know Medieval history. 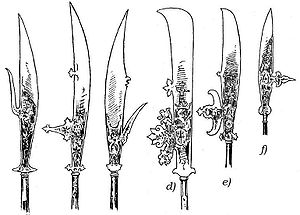 A glaive (or glave) is a European polearm, consisting of a single-edged blade on the end of a pole. It is similar to the Japanese naginata, the Chinese guandao and pudao, the Korean woldo, the Russian sovnya and the Siberian palma [ru]. Typically, the blade is around 45 centimetres (18 in) long, on the end of a pole 2 metres (7 ft) long, and the blade is affixed in a socket-shaft configuration similar to an axe head, rather than having a tang like a sword or naginata. Occasionally, glaive blades... 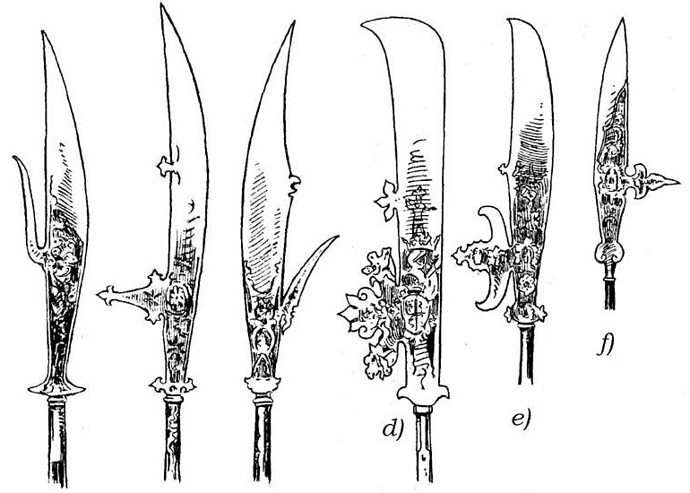 For me it looks more like Glaive, but this isnt important. Important is, this is not a pike

I mean this game is so full of innacuracies as is, whats one more?

A real Pikeman unit would be awsome 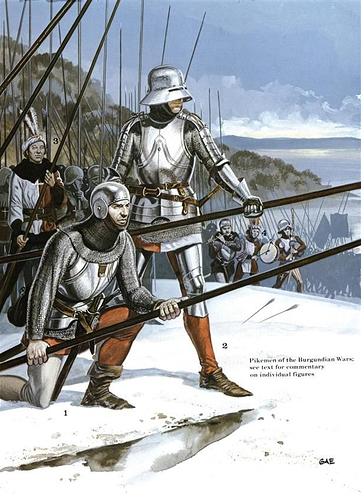 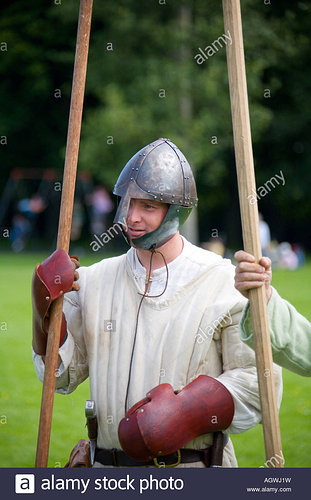