Arquebusier with Repelling Volley has 4x vs eagle runner knight

DESCRIBE THE ISSUE IN DETAIL (below). LIMIT TO ONE BUG PER THREAD.
Arquebusier with Repelling Volley has 4x vs eagle runner knight. It should have a 3x with the bonus card, but now it has 2x vs ranged light inf and 2x vs erk with the card. So it makes 4x vs erk which is too high.

What was SUPPOSED to happen if the bug you encountered were not present?
Arquebusier with Repelling Volley has 4x vs eagle runner knight, which should be 3x. 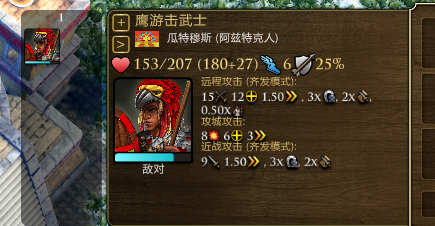 You calculated it wrong.

the end result is arquebusier damage is multiplied by 1.5 against dragoons but 2x against eagle runner rights, before being reduced by resistances or 3x with repelling volley.

It’s right. There should be a fix in next patch.

This shipment didn’t add bonus against “ranged shock infantry” from 2X to 3X. Instead, it added a 2X bonus to “eagle warrior”. So they did 2*2X to eagle warrior, instead of 3X.