We should be able to change Camera HOTKEYS to Arrow Keys as before the update or move camera with Arrow keys along with W,A,S,D Keys as before update. 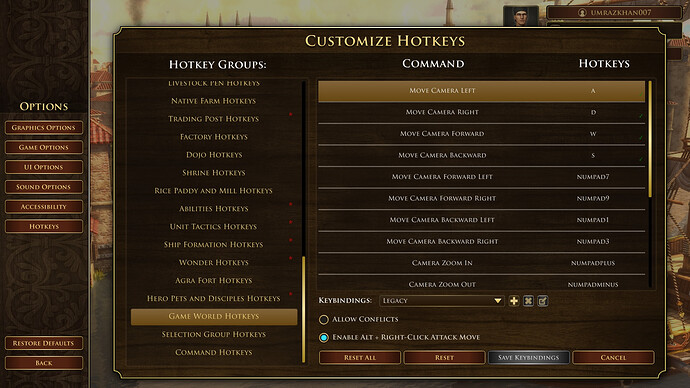 Issue got resolved after restarting AOE3 Game and starting a new match in the game.