In the first mission in the Attila campaign you must defeat the iron boar/bleda to continue, however something was changed to make the boar attack you on sight instead of going for bleda leading to you not having enough hp to survive the archers and bledas attack most of the time. Sometimes if you run far enough away from the boar it will change to attack bleda instead, but this does not happen very often. Having the boar attack you on sight makes no sense seeing how bleda thanks you for saving him, the boar should target bleda like in the HD edition. 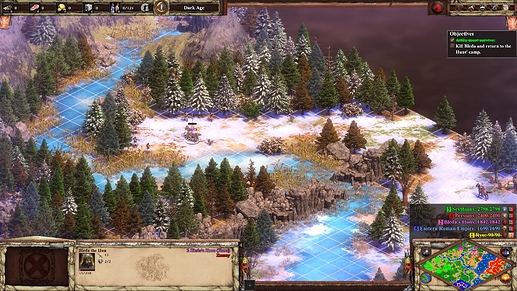 Yes, this appears changed from how it worked in HD or DE beta. In beta Bleda went to attack boar, but now he won’t and instead boar attacks Attila. You can still survive the fight though by running in circle while Bleda attacks the boar (he is now aggressive towards the boar)

Here is our little circle of fun 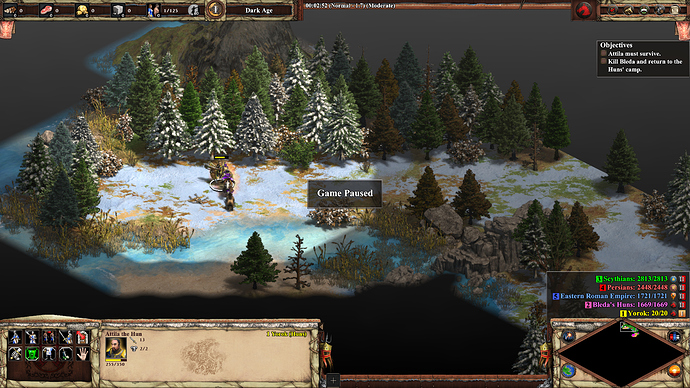 I did test this one thoroughly on hard in the beta and did not experience your problem. Hit the boar once and go back to Bleda and start to run around him. He will start attacking the boar and so the boar stops haunting you. Then save him from the boar and immediately go back to the camp when Bleda turns against you.

it does happen actually, but i found a new glitch lol, after luring the boar and killing it, Bleda wanted to attack me, but i ran a bit far away which made Bleda change diplomacy to me as ally, i turned it back to enemy and killed Bleda and the archers, they didn’t attack me back.