I just don’t understand how we are 5 months into this game and the map seeds are so awful. The fact that N4C and Golden League have to go through 1000s of seeds to pick a few good ones speaks volumes as to how bad the Dev’s have failed here.

Even the simples things like, not have 4 relics spawn in one side of a river or mountain pass is still happening. Or a mountain pass spawn where your tucked back in a corner and they are right in front of the opening (See photo. My neutral trading post is at the opening right in front of his base. Nothing quite like the other player being able to easily block your trading while they can have 40 traders completely safe on their side of the mountain…Oh, and he has 7 gold’s on his side, to my 5. And 3 if his are tucked back safely behind the mountains. Just ridiculous, I lost the moment it loaded, but I had to waste an hour of my life to find out)

It’s beyond frustrating and just unplayable outside of a few maps. How have these simple things not been addressed yet? 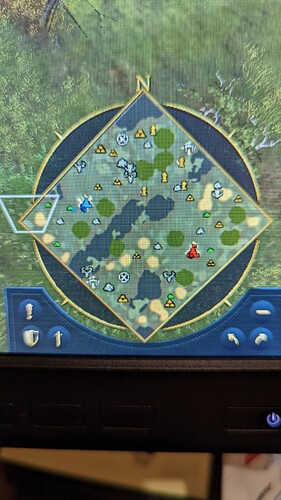 Post the seed with info in gamebugs forum instead of crying here.

Yeah, I’m gonna. But how many seeds have been posted in five months and what has been done about it? The game is borderline unplayable because half the time you end up with some seed where one person has an advantage that can’t be overcome unless their incompetent

The PUP drastically alters the RNG mechanism, highly adjusting this known issue. From watching Drongo casting games from the PUP the RNG seems very neat. So to answer your question: much work has been put into this and is expected to be resolved in the upcoming patch.

Well on the bright side you had every relic on your side or in the pass itself.

Ignoring every other factor and blaming the game’s outcome on the seed is very childish in my opinion. In the N4C tournament, how many games came down to trading? How many came down to exhausting the map’s resources? NONE.

Mountain pass lends itself to a game where there is trading and exhausting resources. When there a stone walls at the pass by the 6 minute mark (another problem that pros had to address themselves rather than waiting for the devs to fix it), long games tend to happen