Axe pistols would be cool for the swedish and polish when they eventually show up. 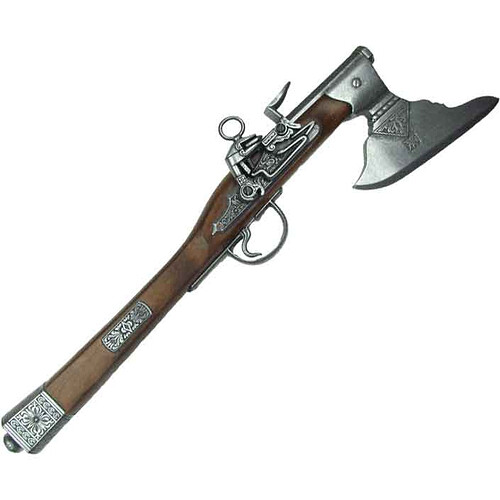 It looks… interesting, but a lil bit on the gimmick side - how widely they were used and how important they were for any semi-regular formations in these countries??
It would be a perfect fit in a Warhammer fantasy game, tho.

Swedish aren’t going to show up at all, they would be branched under the inevitable Norse/Vikings civ. Poland also isn’t very high on my list of civs that should be added

AoE 4 timeline is too early for Sweden. The axe pistol looks more like a weapon for AoE 3 to me

I know they are unlikely to show up, but I do think they look cool. They were one of the most popular hybrid gun/hand weapon units in history. (Most hybrid weapons wete pretty rare and impractical.)

I think you are right, this is more of a aoe 3 unit idea.

It would be interesting if they had, say, Danes instead of Vikings.

It would be interesting if they had, say, Danes instead of Vikings.

Norse would be a better civ

Norse is more of a culture though, not a coherent civilization.

It looks like a wired but interesting idea for a unit, how do you think the mechanics would work for having two weapons at once?

It was actually used mainly by calvalry. They often used to carry both a gun and an axe, but this weapon served both purposes. Unlike the gun-sword, an axe doesn’t need to be balanced and since the trigger is near the axe head it was relatively easy to aim.

The weapon would operate mainly as an axe to counter light infantry, but could also work as a gun to be more effective against heavy calvalry.

You ufortunately cannot load while in melee so only one could be used at a time.

Norse is more of a culture though, not a coherent civilization.

Norwegians or Scandinavians, especially in medieval times.
Hmm, doesn’t look like a culture description to me. If you don’t pick Norse than you need to cover a lot more civs

Used by polish from 1600 to 1800? Im afraid they wouldnt make these in medieval times