When in one of the menu’s with tabs, for example the multiplayer menu or the options menu, the screen often is shortly black when switching to a different tab. These ‘black flashes’ occur more often and have longer duration on tabs that I think display more information or information that takes longer to retrieve. They are typically only a fraction of a second, but in certain cases this can be up to almost a full second. In the options menu, I usually only get a short black flash when switching to the Hotkeys tab or when switching away from it, but not when switching between other tabs. In the multiplayer menu it happens most of the times on all tabs, the duration of the flashes is not constant: switching for example to the lobby browser can flash shortly, a full second or not at all for subsequent tab switches.

Note that I have not had any black flashes in the past, that is at least until January 19. The next games I played were on the 23rd and 24th, on one of these days the black flashes started, so it probably originates either from the large patch of the 22nd or the small patch shortly after that.

The specs of my system might be relevant in this case. A few days ago I bought extra RAM to upgrade from 8 GB to 16 GB, using sticks from the same brand with all specs the same, my desktop recognized it immediately and I haven’t had any problems with it, so I think this is coincidental. I suspect the bottleneck for playing AOE II DE for me is the GPU: a GTX750 with 1 GB VRAM. The VRAM is below minimum specs (I couldn’t join the beta for that reason), but for the rest my system complies with the recommended specs. The game runs smoothly for me (except for a few minor speed rampings in the last few days, another problem stemming from the recent patch) and I have a ranked benchmark test score of about 1050.

Another change to mention: I have never signed in to XBox live account before, but I did this for the lunar event challenges. I don’t expect this to be related, but I’ll mention it just to be sure.

I made a Steam screenshot when switching from the ‘Ranked’ tab to the ‘Lobby Browser’ tab and caught the black screen on the first try, since it was black for almost a second. The image is not completely black, you can see the the explanation text that appears when hovering the tab: 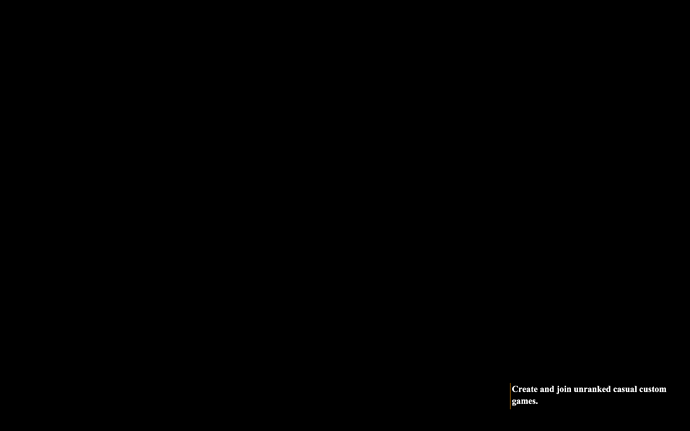 To add to the timeline, this issue was not present until the update on the 22nd of January. It has been present ever since. It’s not a huge deal but it’d be nice to see it fixed.

I’m sorry to hear about the black flashes @TearyLotus94045. Since VRAM is below the Minimum System Requirements have you tried adjusting any of the graphics options that affect performance such as V-Sync, Anti-Aliasing, Render Breach Waves and Enable Bloom?

I have all check boxes below the advanced options disabled, only ‘enable sharpen’ is enabled. To be clear: the flashes are only in the menu’s, not during the game itself; I presume those options do not affect the menu’s.

I agree with SilverHawk4700 that it’s a minor issue, low priority.

I also have the flashes with Nvidia GeForce MX150 2 GB VRAM without enhanced graphics.

Hi everyone! I wanted to check in and see if the update on Feb. 27th has made any changes to what you’ve seen. 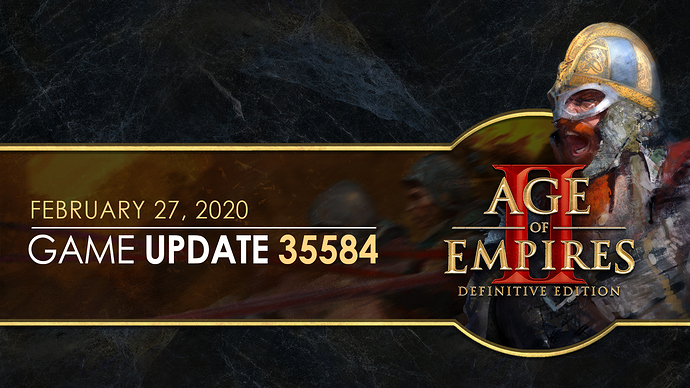 Welcome, one and all, to the massive FEBRUARY UPDATE for Age of Empires II! It may be a short month, but we've taken advantage of every day to put together a package of changes and improvements to the game!

There are no black flashes between options tabs, but are between multiplayer tabs. This was probably exactly the same before. Maybe this is unavoidable due to loading information?

From a short test I did just now I get black flashes for tabs “Game” and “Hotkeys” on the options menu and on all tabs of the multiplayer menu.