Two DE AI one vs other in extreme difficultie, small map, 200 population, conquer as a win condition, everything else standard. (I did not test it with other settings or difficulties, may happen too)

Let them play and at some point one of the AI is going to send all his military units to a corner of the map and do nothing with them, it happens 3 out of 3 times since the new update and 0 out of ~400 games before (I’m doing like a league with the new AI so I played a lot of games AI vs AI and never happens until today)

A small screenshot showing the units in a corner doing nothing, more coming to that spot while the other player is attacking the base

This bug affects AIs regardless of difficulty and I can’t even do battle tests against AI anymore because of this. 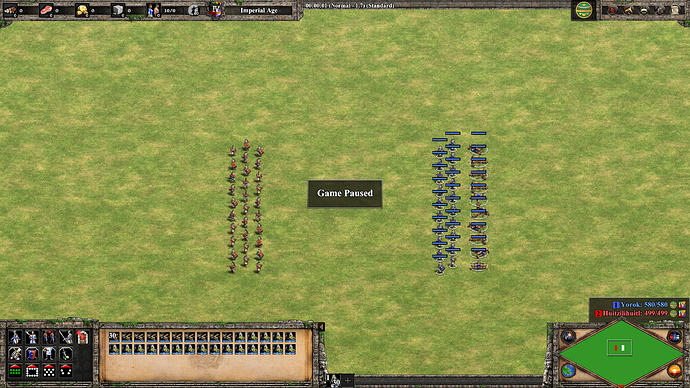 For some reason 5 of AI elite eagle warriors fleed from the battle to the west corner of map, allowing me to easily win the battle. 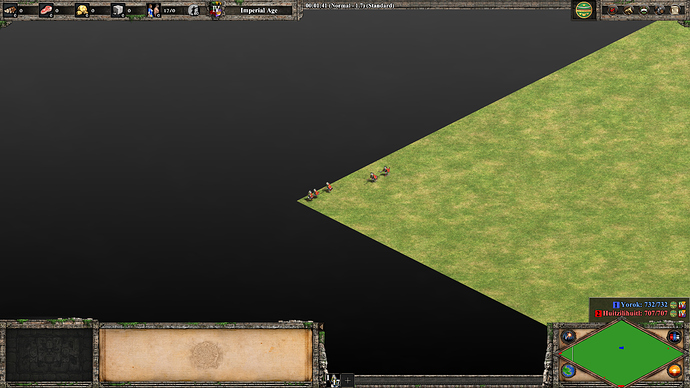 Continuing the discussion from [Bug] AI send military units to a corner:

Just confirming the bug here- pretty frustrating. One AI send all troops to far left corner where they’ll stay for a bit, then head back to rejoin the battle. I’m testing AI on newly created maps for custom games- can’t do it now with this bug … .

Thank you all for the report! The team is aware of the issue and has a fix in the works. We hope to get this included in the next build, the ETA of which is yet to be determined.

Thank you again for the report, and for your patience as we work on a solution!

Hi All,
I wanted to see if I am the only one with this weird issue, post the Jan 21 update.

Playing a 2v2 (3 AI) on Hardest, on a Giant map 400 population - All three AI kept sending their armies to the extreme left corner of the map. They seemed to switch between normal behaviour, and wandering off to the extreme left.

Also noted (viewing the replay) that some of the AI had 173 idle villagers at one point. They seemed to ‘reset’ again when i attacked but then get stuck again shortly after.

Eventually they all got jammed up in the LHS corner, see pic below.

Anyone else seen this sort of thing?

The West must be tamed. I propose we henceforth refer to this bug as manifest destiny.

This also happened to me with their ships.

Just played against AI to test. The AI only managed to send two Knights to my base the whole game, everything else just went to the corner.

And why didn’t you send your units to the corner?

I did a match vs hard AI yesterday, and while it started sending all its archers/skirms to the west, they suddendly came back to reason (maybe because my base was quite close to the left corner even tho there was enough room for them to not see me) and attacked my stone miners (after ignoring my farmers and my goldminers 11) From castle age onwards I forced it in a defensive position and it kept its unit at home to defend (ie. if I send a huge group of cav to raid the eco it put in the right corner it would send soldiers there). I guess there are some conditions that can make the AI not dumb again.

Hello friends! This is one of the issues addressed by today’s Hotfix (34793)! Hopefully the AI is back on track, though let us know if you continue to see issues! 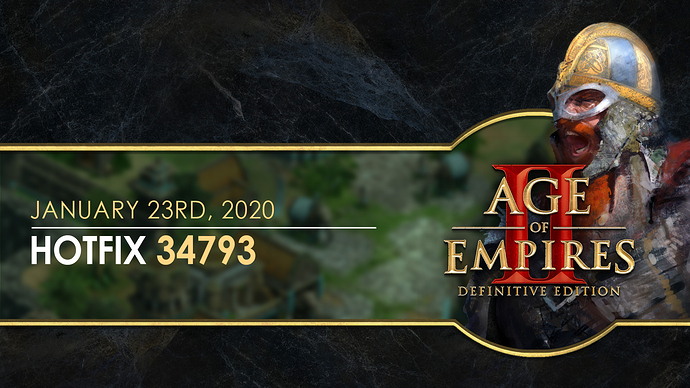