After attacking a boar from a certain tile (see picture attached), so that the shortest way to the villager involves a 1-tile-wide path between Trees and Stone, the boar will avoid the narrow path and take a longer one instead, often going out of the villager’s sight and thus resetting.

The boar should take the shortest way towards the villager, between the tree and the stone.

a) Real game situation in which it happened: 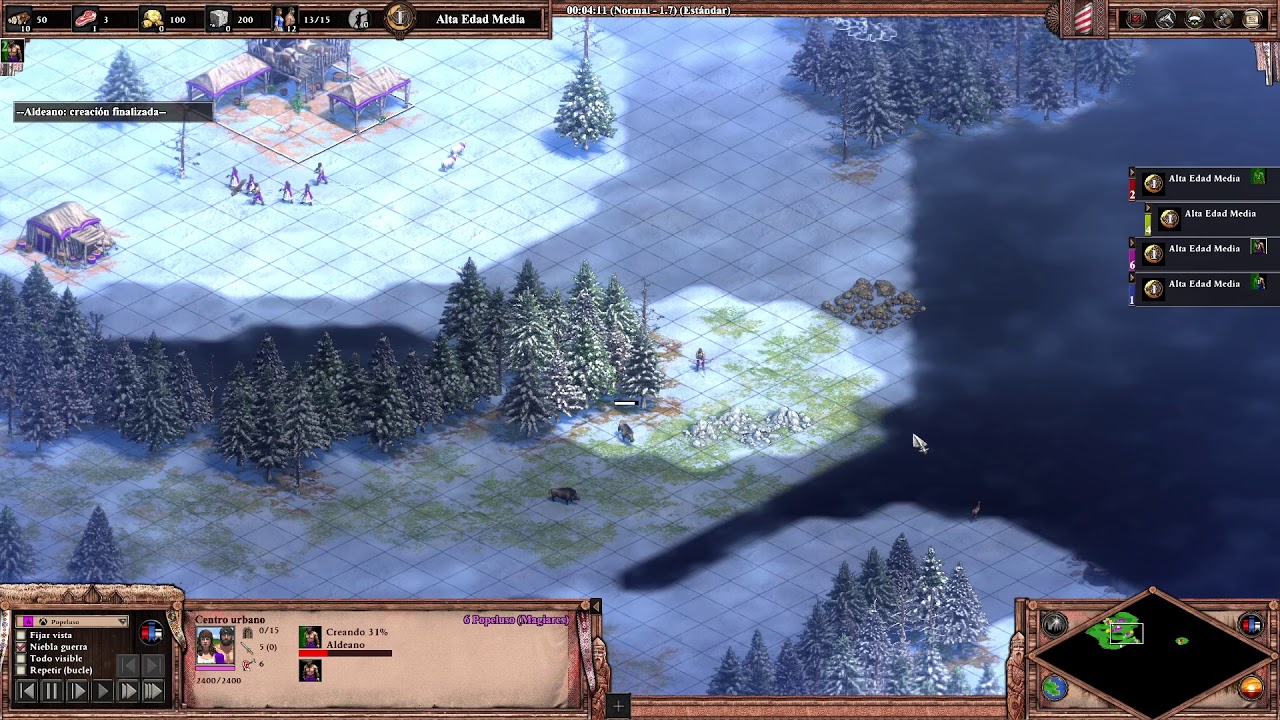 b) Layout of the bug replication in the Map Editor. (Note that, if attacked from the tiles to the right of the starred one, the boar is able to pass through) 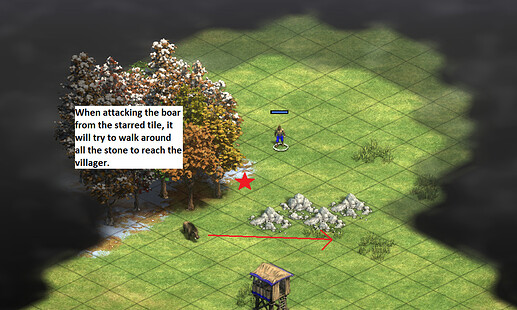 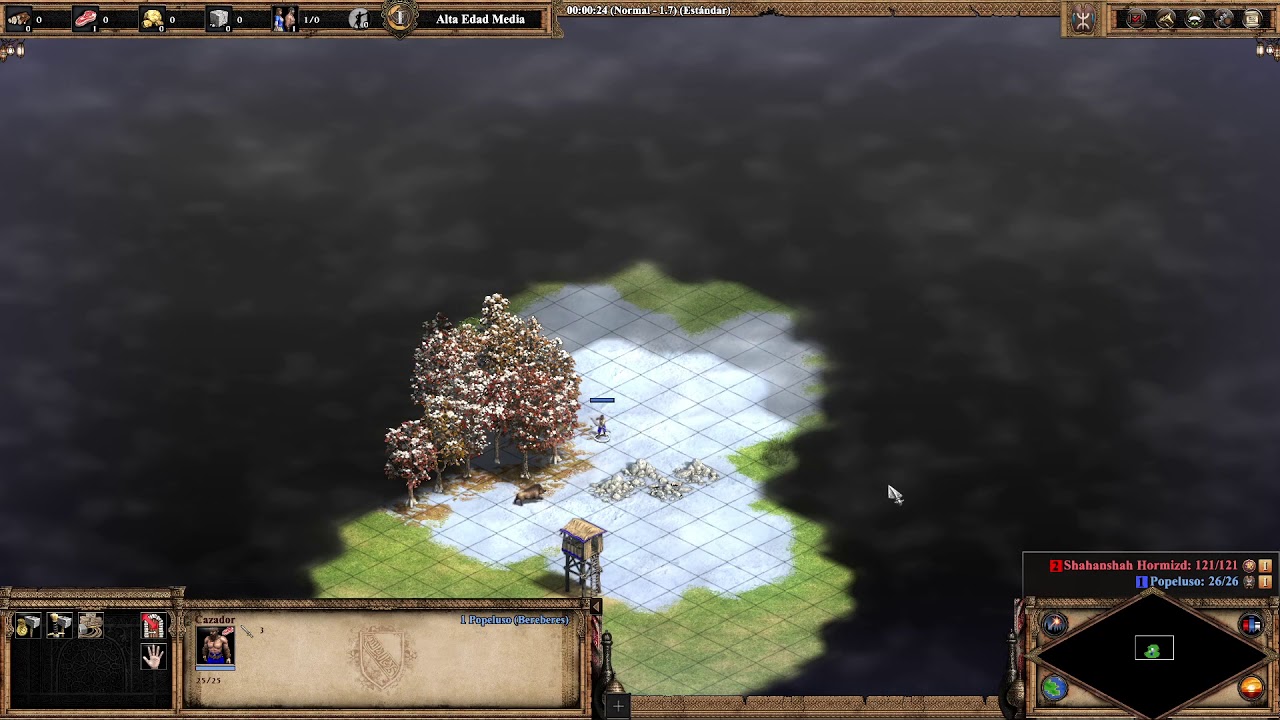