Teammate sends taunts (1, 2, 11, 5, etc.) but I don’t hear any audio from them. Happened in lobby of an unranked match, as well as during the unranked game, where us two played against two AI.

I’ve checked my settings, but everything related to taunts seems to be as it should. See screenshots. 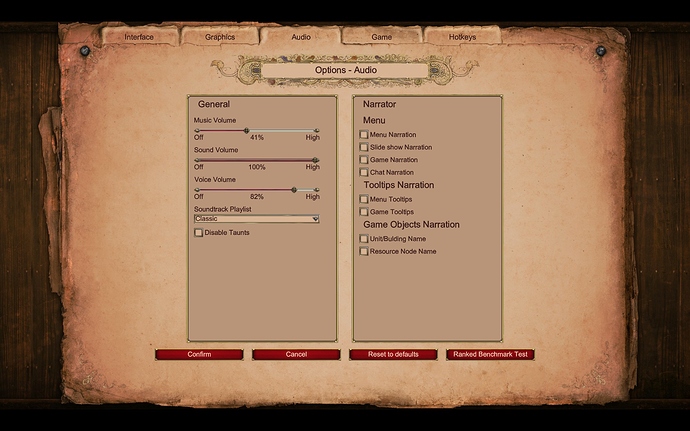 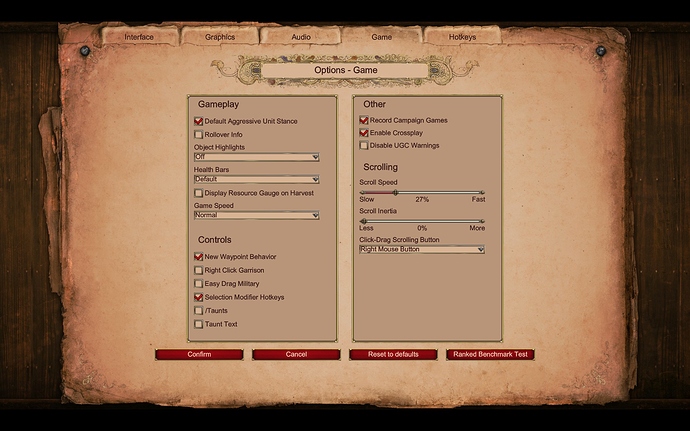 Still having this issue in Build 35584

Still can’t hear taunts from teammate in latest patch. They can hear mine. What am I doing wrong? Sure would like to be able to hear taunts once again as it diminishes the enjoyment level, even if I’m not a fan of the new taunt audio and voice acting behind the taunts

Also, any chance that are any sound/taunt mods installed? That could be some sort of mod incompatibility issue.

Thanks Dededoritos. I don’t have any audio mods, but if not logging into Xbox Live doesn’t fix it, I will try file integrity check. Good idea

Also, any chance that are any sound/taunt mods installed? That could be some sort of mod incompatibility issue.

Wow. After playing several games with a friend over the past number of months, we finally figured out it was the “/Taunts” setting. He had it enabled; not me. I understand its purpose, but I don’t know that like that a control he has on his end mutes his taunts on my end. Makes it pretty hard to diagnose as it seems like me not hearing his taunts would be a bug or a setting on my end that I need to toggle somewhere; thus, the issue all these months. 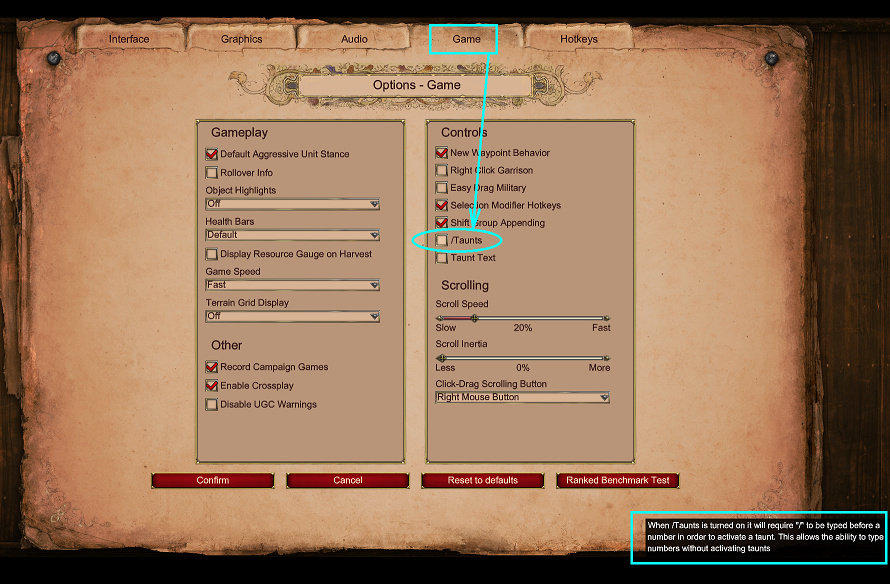 Is also a little confusing that the setting isn’t in the Audio tab next to other taunt-related items, since having it enabled can effectively mute the usual taunts: 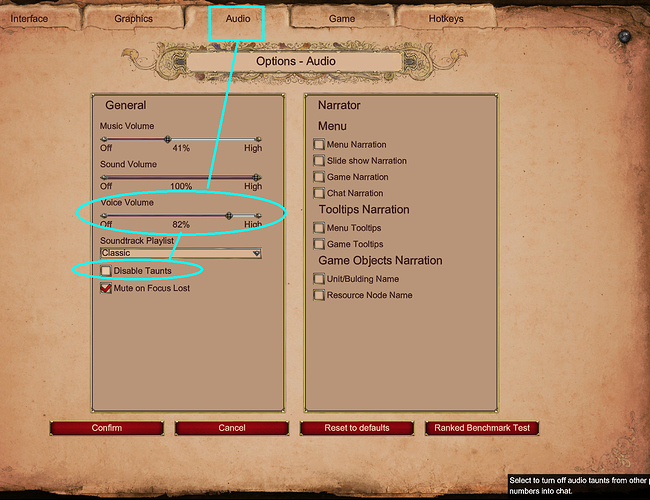 I think it’s something that should probably get fixed or changed somehow so its clearer from the non-"/Taunts" side why you can’t hear someone else’s taunts.

Maybe on my end, I should have the option to force taunts to be played-back even if someone has the “/Taunts” checkbox ticked? Just a quick brainstormed idea. Could be a better solution exists…

Are you playing multiplayer with friends, though? If so, they need to enable taunts, too