The “Buildings Lost” end game stat only considers awarding the gold star to players who have lost at least one building. Example:

Result:
Player 2 wins the gold star instead of Player 1 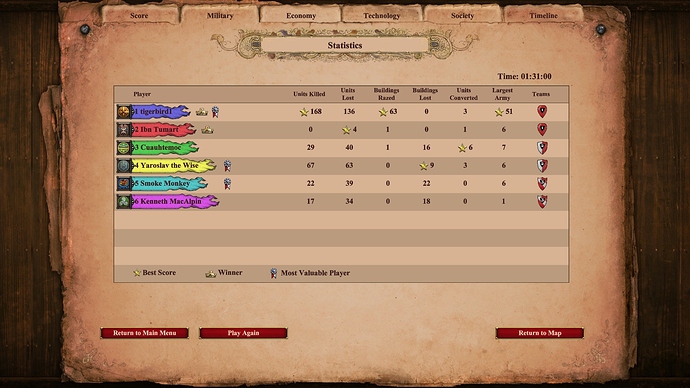 At the end of any game. On the stats page having 0 building lost is not awarded properly:

In the post-game statistics, military tab, the building losts counter marks with a star the player which has lost less buildings in the game. But when this number is 0, the star is marked on other player that have the lesser number other than 0. 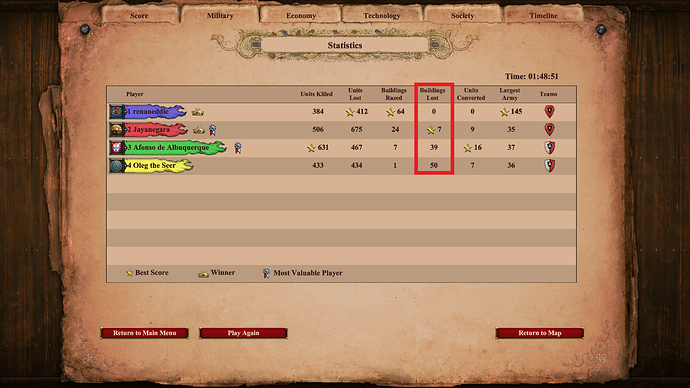 Currently it shows a star for players with least buildings lost among the people who have lost at least one building. In your example Juggernaut lost no buildings. Same thing happens for units lost also.

Ok, but I still think it makes no sense to exclude players with 0 units/buildings lost.

It doesn’t show the most, it’s bugged, it doesn’t count 0 as a minimal value ie the best value, In both buildings and units

Thank you for the feedback!
This issue has been fixed for the next update.

This issue is still present. Has the game not been updated since Dec '19? 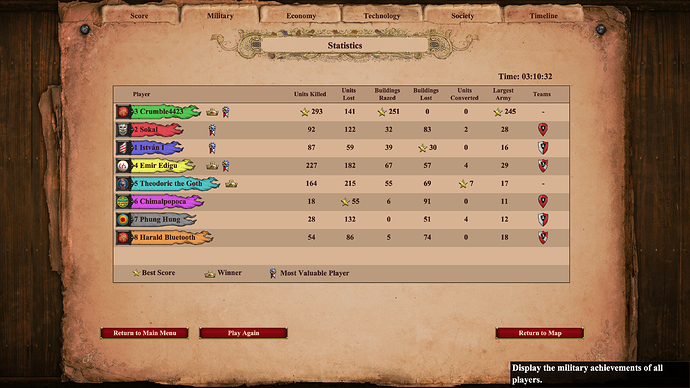