Just played a 4v4 single player game against moderate AI, which lasted for ~2:20 hours. Since I was at the flank, I received a lot of the brunt of the attack of my enemies, and since the constant attacking started fairly early on, I expected that I’d get a lot of kills. But why does the scoreboard say I just killed less than 30 soldiers? I don’t understand. Did I really kill just a few? 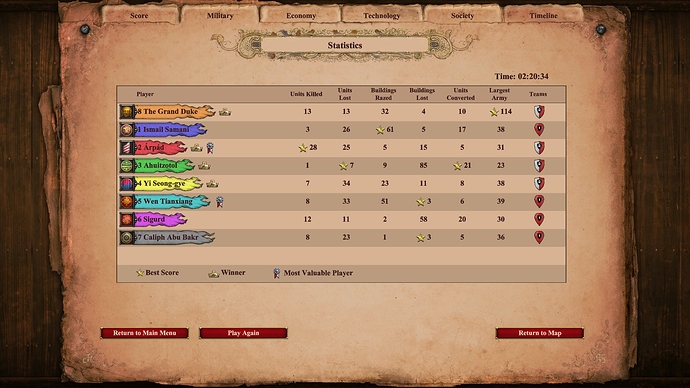 A post was merged into an existing topic: Kills count don’t increase after the 34793 update