ISSUE EXPERIENCED
The Team Inca Bridges Card is not usable; it is permanently greyed out, stating that the Card has reached its build limit, despite never having been used/redeemed.

FREQUENCY OF ISSUE
100% of games I play as Inca

EXPECTED RESULT
You should be able to use and redeem the card for its bonus. 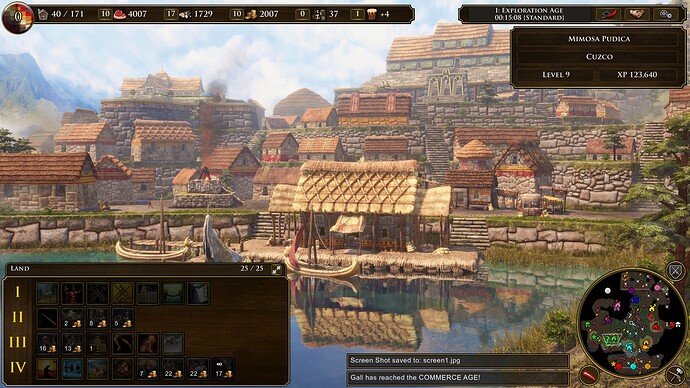 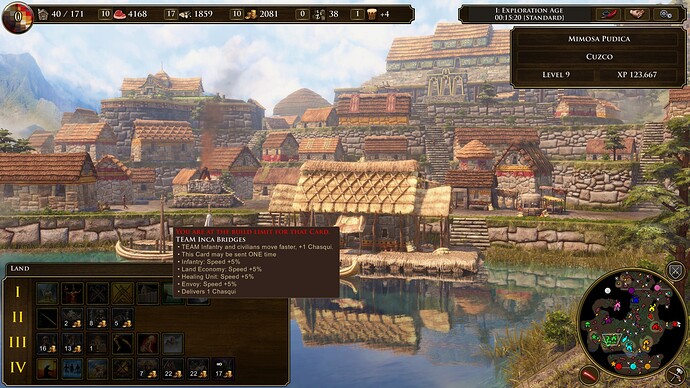 The card will give away a conch messenger. Has he reached the limit?

If you mean a chasqui, the limit increases with such cards. I tried getting this card as the VERY FIRST one, without chasquis built. No such luck.