The file contains the contents for a mod which tries to change the HealthBar color for the blue player as shown in these screens: 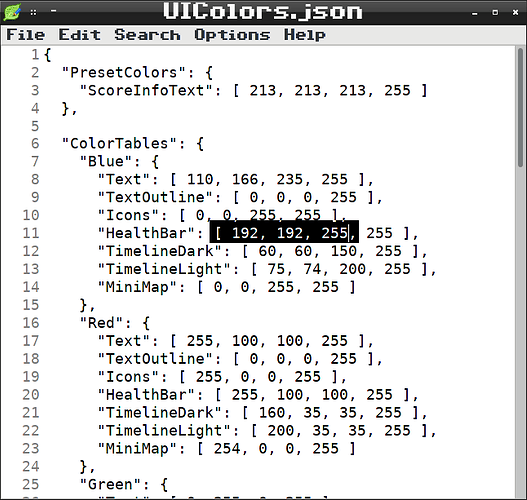 The HealthBar above units should be the same color as the HealthBar in the commandpanel (as defined in UIColors.json).

actual result as image (the healthbar color above the unit remains unchanged): 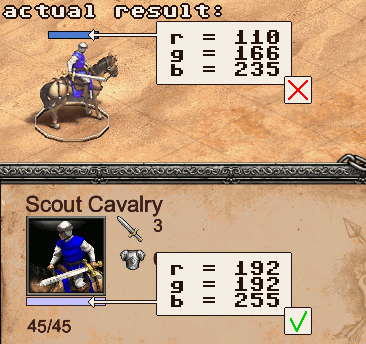 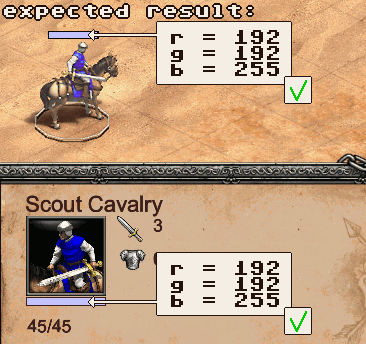 Thank you for the report! This issue has been logged for investigation by the team.

I don’t think that was a bug, the hp bar colors in the command panel UI are different from the health bars above the units in the field, i mean you need to modify different files to get the same colors in both, not only in the commandpanel.json

That does not seem ideal. What would be the file for the in-game-view-bars-above-units?

Hi there, unfortunately the colors of the health bars above units in-game are currently hardcoded to specific palette colors. We will let you know when that gets changed, though.

In the meantime you could try making them the same by modifying color slots in the 50500.bina legacy file. Keep in mind that it may not be possible to use the file in mods.