It should be clarified in advance that all this did not happen before the update that was added to the Dynasties of India DLC.

Note: PUP May does not fix this.

First, as the title says, the units and buildings take time to load and some appear invisibly up to 10 seconds later or even more, the faster you play or advance the age, the more frequently this problem will appear, that’s why in some skirmish is not detected, the problem will not be reproduced in the same way if you play a casual 1vs1 skirmish without turbo mode and aegis when you do with all this.

If the RAM is slowly filling up either from normal game speed or without AEGIS with the default time when researching the next age the invisible buildings error will not occur. Apparently, if you play a 4vs4 Extreme with Aegis and infinite resources as mentioned above, you won’t give your RAM time to process all of this in one go and the buildings will take time to load and become invisible.

Anyway, the Ram fills up almost at 16GB, sometimes the game crashes because it doesn’t find a consumption limit and all 16 are full.

I repeat that all this does not happen before the last patch.

Note: Advancing from Dark Age to Feudal Age has no impact. 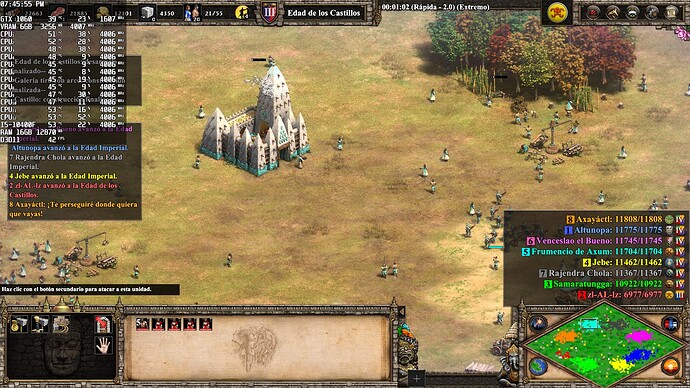 If you need Enhanced Logging or DxDiag, feel free to ask me.

NOTE: GPU drivers are in latest version and in the nvidia panel the game is in take advantage of maximum performance. 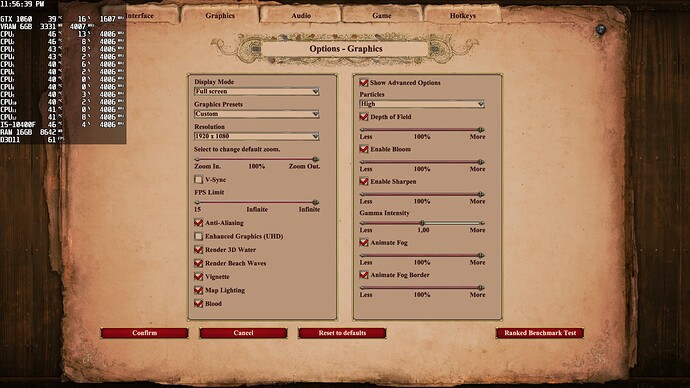 Hi @AL6984 we are now tracking this issue. Thanks for reporting it!

Heey @Felizon89 Thanks for the support, I hope to see a hotfix soon ^^