Apologies if this has been reported, as I’ve not found this issue in the forums.

After loading a mission from Act II (Respect) of the original campaigns that I had already started before, I can’t train native units from the second age, even though I am in the second age. The issue persists into the fortress age.

I should be able to train the selected unit. 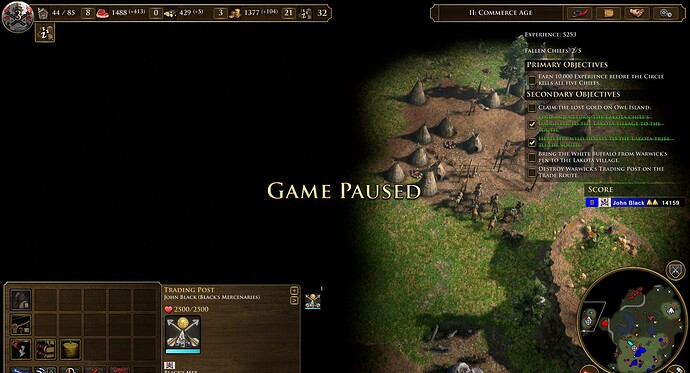